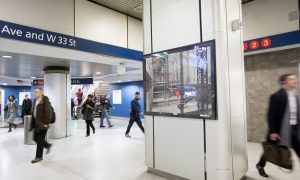 Amtrak Train Had 83 People on Board Before ‘Catastrophic’ Derailment

A high-speed Amtrak train was carrying 78 passengers and 5 crew members before it derailed at a highway overpass in Washington state, crashed onto the road below, and wrecked several vehicles, according to a statement from the company, local police, and several state agencies.

Multiple people died and dozens were injured, according to Pierce County Police, although concrete numbers were not available as of 1 p.m. on Monday.

Amtrak Cascades train number 501 was traveling at over 80 mph as it traveled from Tacoma to Olympia and derailed onto the I-5 highway at around 7:30 a.m, The News Tribune reported.

The train derailed near Mounts Road in Pierce County, not far from Olympia, Washington. Photographs of the catastrophe show a mangled car blocking all southbound lanes of the highway while two other cars hang off the overpass.

Chris Karnes, the chairman of the local transit advisory board, was aboard the train when the derailment occurred, News Tribune reported. Karnes told the newspaper that there was “massive damage” and “people are hurt.”

“The train hit a truck apparently,” Karnes tweeted. “I am fine, but the train is destroyed.”

The Washington State Department of Transportation advised all drivers to avoid the area. The Lakewood City Council has had concerns about the speed of the train leading up to the incident.

The Washington Free Beacon reported four days before the derailment that holiday travelers were concerned about lax security on Amtrak during the holidays.

“I was surprised, a few weeks ago, to find that Amtrak personnel were no longer checking passengers’ tickets at the entry gate, nor requesting ID for ticket purchases,” Stalinsky wrote in a report on MEMRI’s website. “Pointing this out to the conductor, I was informed that these are new cost-cutting measures, and this was confirmed by other Amtrak employees.”

The state police department announced at 1 p.m. that it expects all I-5 southbound lanes to be closed the entire day.

A team from the National Transportation Safety Board is scheduled to depart Washington, DC, today to investigate the derailment.