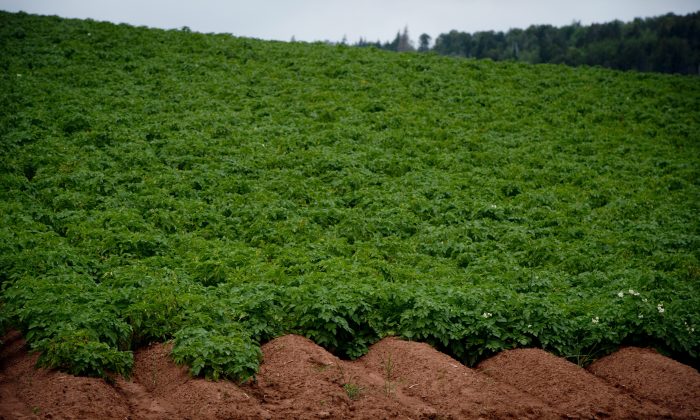 Amount of Land Devoted to Growing Vegetables Continues to Drop

The amount of land dedicated to growing vegetables continues to drop, with the latest figures from Statistics Canada showing a near 4 percent reduction in crop area last year compared to 2013 levels.

The figures are part of a larger trend that has seen Canada lose nearly 34,255 hectares of vegetable-growing land since 2001. The growth in the area dedicated to fruit cultivation slowed in 2014 as well.

On an annual basis, the area Canada dedicated to tomato production in 2014 fell 32.5 percent, following the closure of the Heinz plant in Leamington, Ont. However, area dedicated to growing cucumbers and gherkins, green onions and shallots, and Chinese cabbage all increased. In 2014, Ontario accounted for nearly half (43.7 percent) of vegetable production, while Quebec comprised 37.3 percent.

It is important to be always aware of the need for land and how precious a commodity it is and the need to protect it.
— Anne Fowlie, Canadian Horticultural Council

“I think it is important to be always aware of the need for land and how precious a commodity it is and the need to protect it,” says Anne Fowlie, executive vice-president of the Canadian Horticultural Council.

“It’s managing the balance between whatever the other societal needs are, whether it is housing or urban sprawl, etc., and the land mass required to produce the food we need. I would suspect there wouldn’t be much of a debate among Canadians for the need and desire for domestic food production.”

Despite the drop in farming space used, however, overall production actually increased in part due to improved farming methods.

“While in some instances the numbers indicate there is less land in production, the land that is in production is far more effective and efficient because of land management practices and innovation on the part of the farmer,” explains Fowlie.

Although vegetable land use has declined, fruit production space has actually expanded during the same 2001 to 2014 period. Some areas such as British Columbia had been in decline in the years previous, but are now experiencing resurgence.

“It was declining over the last 15 to 20 years, it was going the other way,” said Fred Steele, president of the BC Fruit Growers’ Association. “A lot of the land that went out for tree fruit production went into grapes, and a lot of it is coming back. In B.C. there are a lot of changes going on.”

“We have gone to the high-density trees,” says Steele. “With the old trees we got 25-40 bins per acre, now you are getting 50-70 bins from the same area because of dwarf trees, highly productive trees, and root stocks.”