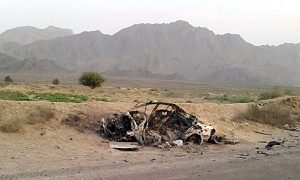 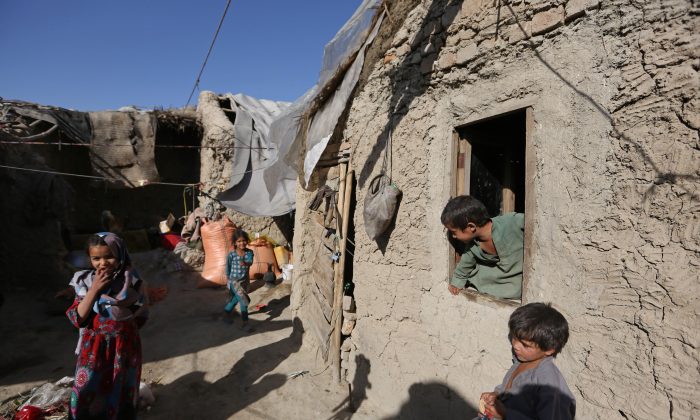 In this Monday, May 30, 2016 photo, Afghan children play at their temporary home in a camp for internally displaced people in Kabul, Afghanistan. Amnesty International said Tuesday, May 31, that more than 1.2 million Afghans have been forced to flee their homes due to violence in the past three years and urged the Kabul government and the international community to tackle the country's growing crisis of refugees internally displaced by war. (AP Photo/Rahmat Gul)
Middle East

KABUL, Afghanistan—Amnesty International said Tuesday that more than 1.2 million Afghans have been forced to flee their homes due to violence in the past three years and urged the Kabul government and the international community to tackle the country’s growing crisis of refugees internally displaced by war.

Those numbers are growing as the war, now in its 15th year, intensifies, the rights group said in a report released in Kabul, adding that many of the internally displaced “live in horrific conditions on the brink of survival.”

The Taliban have been waging war on the Afghan government since their regime was toppled in the 2001 U.S. invasion. With the withdrawal of most international combat troops in 2014, the insurgency has stepped up — the United Nations says that in 2015 alone, 11,002 civilians were killed or wounded, most of them by insurgents.

The report quotes Farzana, a mother of seven who has lived in a Kabul camp for internally displaced people for more than a decade, after fleeing her home in Parwan province. Since her husband left a few years ago, she has been the family’s sole breadwinner.

“When you can’t put food on the table for your children, it is worse than being hit with a gun,” said Farzana, who was identified only by one name.

The Afghan government is failing the displaced, even in areas where the international community is involved, Amnesty said. Pilot programs in three conflict-torn provinces — western Herat, northern Balkh and Nangarhar on the eastern border — have stalled, it said.

But Hafiz Ahmad Miakhail, a media adviser at the Afghan refugee ministry, disputed Amnesty’s numbers, saying the total number of internally displaced was closer to 1 million, with many affected not just by the war but also natural disasters, including floods and earthquakes.

But Champa Patel, Amnesty’s South Asia director, said there is no question “the increased violence has let to increase displacement.”

IS Bombings in Baghdad, Near Iraqi Capital Kill at Least 24

Afghanistan has one of the highest refugee populations in the world, estimated at 2.6 million people living outside its borders. Last year, some 178,000 Afghans risked their lives on the dangerous journeys to reach European shores and apply for asylum, Amnesty’s report said.

“We have no water to drink, no food to eat, no education system for our children, no electricity,” said Hussain Samander, a refugee living in the Chman-e Babrak settlement in Kabul. “No one can imagine how difficult life we have in the camp.”