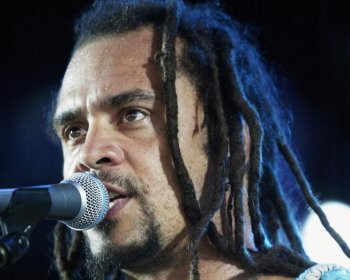 Michael Franti of Spearhead, one of the politically minded musicians featured in the film 'Sounds Like a Revolution.' (Getty Images)
Entertainment

While you won’t spot celebrities on the red carpet or the flash of paparazzi cameras at the Amnesty International Film Festival, what you will see are important, relevant films that reflect the troubled and inspirational times we live in.

The subject matter is serious and often stark in its delivery, but the poignant films have a very clear purpose—uncovering injustice around the world. If ignorance is bliss, then be prepared for a rude awakening.

Films at the 2010 festival, which takes place in both Toronto and Vancouver from Nov. 18 – 21, cover topics such as international law, corporate accountability, women’s empowerment, indigenous rights, and the right to freedom of expression in countries like India, Burma, China, Tanzania, Peru, and Sierra Leone.

Two noteworthy films are “Sounds Like a Revolution” and “The Devil Operation.” In the latter, Father Marco Antonio Arana Zegara became enemy number one of a mining company seeking to exploit the gold resources of Peru in 2006.

Big mining companies and farmers out to protect their land don’t mix, and the inevitable clashes that ensue between these two groups sets off a string of events that resembles a Cold War espionage plot.

Peruvian farmers attempt to block the Yanacocha mining company from surveying and exploring Mount Quilish, a life sustaining mountain of considerable importance to the Peruvian people who depend on its resources.

In these situations, when heavily litigated companies do battle with a largely uneducated, working class population with little experience in the legal world, the result is almost inevitably in favour of the big corporations

This conflict could have turned out the same way if it hadn’t been for the role played by Father Arana, a well educated priest who became the spiritual leader of this particular group of Peruvian protesters. By employing non-violent protest methods in the form of a roadblock, the humble priest mediated a decision that effectively brought the mining corporation to its knees.

Father Marco becomes a hero and his praises are sung nationwide. This is where the story really begins.

When director Stephanie Boyd, who attended the University of Toronto, journeyed to Peru she intended to film the conflict between big mining and local indigenous people. She had no idea that she would become part of something much more sinister.

In the aftermath of the blockade Arana and other key activists, including Boyd, start to receive threats and discover that they are being followed and filmed in what turns out to be a full-fledged spy ring seeking to undermine the anti-mining movement led by Arana.

What make the film particularly appealing is how well documented it is. The footage is extensive and tells the tale without excessive narration. Boyd stumbled upon a story that became bigger as the camera was rolling. The uncertain events unfold before the camera’s lens, making the real time drama and suspense palpable.

“What’s so dangerous about a song?” is the opening statement in this documentary about the social and political music permeating the American underground. The film, directed by Summer Love and Jane Michener, seeks to answer that question.

“Sounds Like a Revolution” looks at the underground and somewhat mainstream acts that use music as their weapon of choice in the current economic and political climate.

Harkening back to the 1960s when politically charged music was receiving radio play and major label backing, revolutionary music has been part of the American musical landscape for decades. In the 60s it was accepted and expected, in the 70s and 80s it was not as prevalent but still part of the musical consciousness.

But in the 90’s and into the 21st century protest music collided with a tense political climate that climaxed with the Iraq war. The once accepted political music was suddenly silenced and oppressed. Major labels pulled their contracts from outspoken bands and radio stations were directed to play—or more significantly not to play—certain songs.

In recent memory, the Dixie Chicks received a massive backlash when they openly criticized then-President George W. Bush. The response was swift and the Dixie Chicks found themselves in a heated debate over free speech.

The artists in the documentary clearly see themselves as patriots who are fronting a revolutionary movement that is vitally important to the survival of American ideals. Those who have chosen to express their views have had to endure a career without major label backing, promotion or radio play.

Artists such as Michael Franti, Paris, NOFX, and Anti-Flag are featured in the film, with each voicing particular political concerns through their music.

Perhaps the most prominent and broad minded artist featured is Michael Franti, whose mix of reggae- and dance hall-infused music combined with political lyrics invites comparisons to Bob Marley. Rather than be judge or jury, Franti takes the high road and encourages people to educate themselves. His genuine understanding of the humanity behind the issues is apparent when he visits war torn Iraq and the Gaza strip armed with a guitar that he played for Muslims, Jews, and American soldiers alike.

As the issue of corporate and political influence over major labels and radio stations is explored, it becomes clear that these artists are left out of the mainstream because the airplay decision makers want it that way.

The film features plenty of live concert footage and political action which makes it entertaining to watch and the message easy to digest.