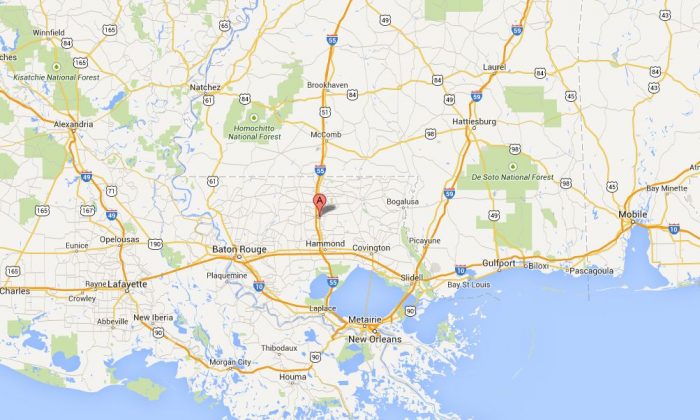 A tornado has reportedly hit Amite, Louisiana, on Tuesday afternoon, according to very preliminary reports. (Google Maps of Amite City, La.)
US

A tornado has reportedly hit Amite, Louisiana, on Tuesday afternoon, according to very preliminary reports.

The twister has apparently done damage in the town.

It’s unclear if there are any injuries. On Twitter, users were uploading updates.

(1:16 pm) Not really surprise to hear damage reports from Amite, LA, especially with “donut hole” over the town #LAwx pic.twitter.com/nI01bAd6E0

BIRMINGHAM, Ala. (AP) — Southwest Alabama is under a tornado watch because of the threat of strong storms moving across the Gulf Coast.

The National Weather Service issued a watch for areas including Baldwin, Mobile and Washington counties. It expires at 6 p.m. Tuesday.

The weather service also issued a flash flood watch for south Alabama through Wednesday morning. The watch includes the Montgomery metro area and extends to the Florida line.

The weather service said in a hazardous weather outlook that heavy rain will saturate the ground, and the greatest threat of flooding will likely be after sunset Tuesday along and south of the Interstate 85 corridor.