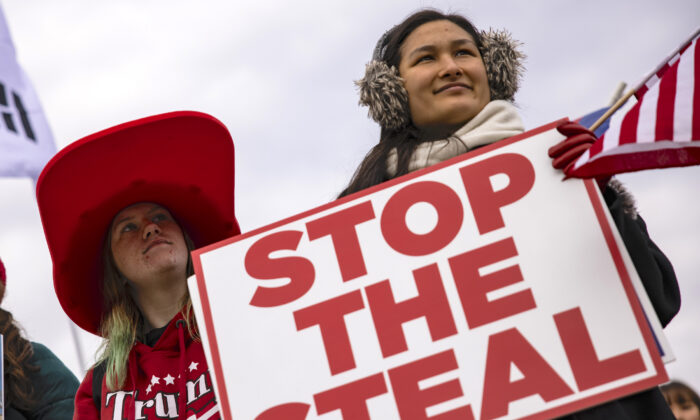 A nonprofit legal group that has filed lawsuits to overturn the election results in several states argued that Electoral College deadlines that are fast approaching aren’t set in stone.

According to the Amistad Project, a research report shows that “the December 8 ‘safe harbor’ deadline for appointing presidential Electors does not apply to states where flagrant violations of state election laws affected the outcome of the popular vote. In fact, the only Constitutionally-set date in the election process is the assumption of office by the President on January 20.”

The “safe harbor” refers to the date that disputes should be resolved and electors are determined. Dec. 14 is when the Electoral College meets in person and votes.

The research paper cited by Amistad examined the history of the Electoral College deadlines. These dates are “not only elements of a 72-year old federal statute with zero Constitutional basis, but are also actively preventing the states from fulfilling their constitutional—and ethical—obligation to hold free and fair elections,” the group said in the release.

“Experts believe that the primary basis for these dates was to provide enough time to affect the presidential transition of power, a concern which is fully obsolete in the age of internet and air travel,” their news release added.

Amistad, President Donald Trump’s legal team, and other lawyers have filed lawsuits in key states challenging the results of the election.

“Through rigorous investigations supporting our litigation, we demonstrate that state and local officials brazenly violated election laws in several swing states in order to advance a partisan political agenda,” stated Phill Kline, the head of the Amistad Project. “As a result, it is impossible for those states to determine their presidential Electors in line with the arbitrary deadline set forth via federal statute in 1948, and thus, the only deadline that matters is January 20, 2021.”

Their news release posited that the Constitution places the plenary authority in designating electors to legislatures. As a result, the elected representatives should “judge the relevant facts and appoint an appropriate slate of Electors, subject only to the sole deadline set forth in the U.S. Constitution.”

After the Electoral College votes, members of the House and Senate will read the votes during the Joint Session of Congress on Jan. 6, 2021. Inauguration Day is Jan. 20, 2021.

The group’s claim came after Trump lawyers Rudy Giuliani and Jenna Ellis lobbied the state legislatures in Georgia, Arizona, Michigan, and Pennsylvania to assert their power to call up electors. Republicans in the Pennsylvania Legislature last week sent a letter to members of Congress representing Pennsylvania to challenge the results of the state’s election on Jan. 6 during the Joint Session. They argued that the Pennsylvania House and Senate “cannot act” to call electors.