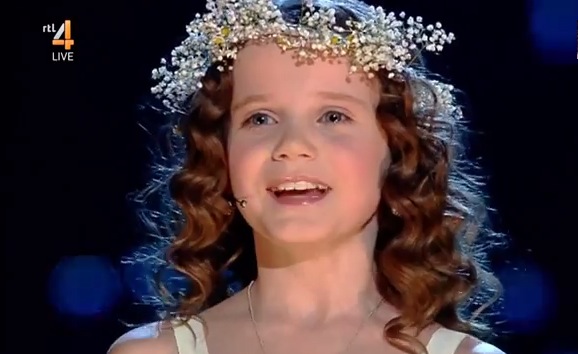 Amira Willighagen, a 9-year-old Dutch girl, is captivating audiences around the world with her opera singing, doing so again in a rendition of “Ave Maria” on “Holland’s Got Talent.”

A video of the girl’s signing at the Dec. 22 semi-finals has gone viral.

A number of people said that she sounds like Greek-American singer Maria Callas.

Some have compared her to 13-year-old singer Jackie Evancho from the United States, who has recorded platinum-selling albums.

“Are you really nine years old?” a judge of the show, Chantal Janzen, asked her a month ago. “This is incredible.”