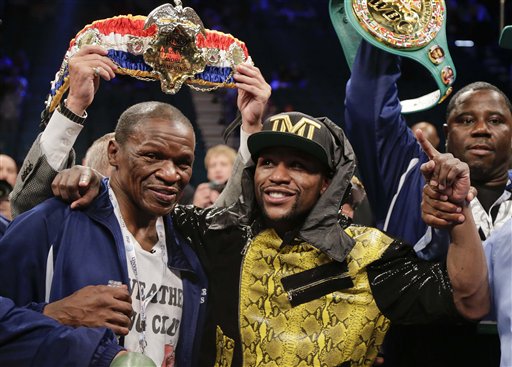 Amir Khan will fight Floyd Mayweather Jr. in Las Vegas on May 3, 2014, according to a report on Wednesday. The fight will likely net upwards of $200 million.

The Daily Mail reported that Khan, who is from the U.K., will fight Mayweather, who is undefeated and considered the pound-for-pound best boxer in the world.

Khan has already reportedly pulled from his match against Devon Alexander in December  to prepare for Mayweather.

The fight has not officially been confirmed yet.

“Floyd has seen off the tough, heavy punchers. It remains to be seen what he will do against extreme speed and I like the Khan fight very much,” Showtime sports head Stephen Espinosa said, said the Mail.

According to the report, Khan will be guaranteed at least $6 million for the fight.