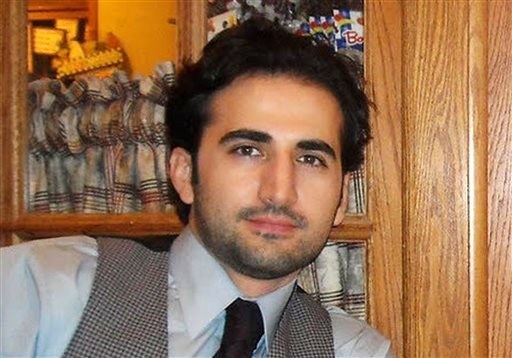 The U.S. State Department has show down reports that a prisoner exchange has been proposed with Iran.

He told the agency that the request is being considered by Iran’s judiciary.

He did not say which person or persons that the U.S. has proposed to exchange for Hekmati.

But the State Department told Reuters and CBS that Washington has not suggested a prisoner swap.

“The U.S government has not proposed a prisoner exchange for Mr. Hekmati. It is not true,” said department deputy spokeswoman Marie Harf, although she urged Iran to release Hemati as well as two other detained U.S. citizens.

Hekmati, an Iranian-American, is accused of being a spy and was detained by Iran in August 2011, according to the website Free Amir.

Hekmati is being held in the notorious Evin prison, which was recently explored in the film Rosewater.

Hekmati was tried and sentenced to ten years in prison in a secret, closed-door proceeding in December 2013 after a death sentence was overturned by a higher court.