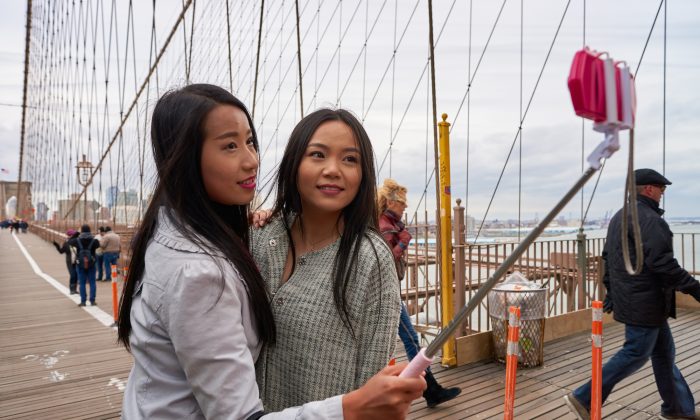 Amid Trade Tensions, China Issues Travel Alert to Citizens About Dangers of US

In a move considered to be politically motivated, the Chinese Embassy in Washington issued a travel advisory warning its citizens about the dangers of visiting the United States.

The Chinese embassy website posted the advisory on June 28, telling Chinese tourists that expensive medical bills, the threats of public shootings and robberies, searches and seizures by customs agents, telecommunications fraud, and natural disasters are among the disturbances that can affect citizens traveling to the United States.

“Public security in the United States is not good. Cases of shootings, robberies, and theft are frequent,” the notice read.

“Travelers in the United States should be alert to their surroundings and suspicious individuals, and avoid going out alone at night.”

Given the timing of China’s current trade spats with the United States, observers suspect that the travel advisory is an example of the Chinese regime wielding tourism as a tool to settle political scores.

U.S. President Donald Trump’s administration is set to impose tariffs on $50 billion worth of goods from China and has threatened successive waves of duties on up to $450 billion in Chinese imports if China retaliates with punitive tariffs of its own.

Chinese tourists have enormous spending power. According to the latest data from the U.N. World Tourism Organization, Chinese tourists spent $261 billion while traveling overseas in 2016, making them the world’s top-consuming tourists for the fifth consecutive year. A total of 135 million Chinese citizens traveled abroad that year, of which 3 million visited the United States.

China, however, claimed that THAAD radars could spy on Chinese territory and strongly opposed South Korea’s decision to host the U.S. system.

Additionally, some South Korean corporations saw their projects in China halted or delayed by Chinese authorities. For example, construction stalled on a theme park opened by South Korean conglomerate Lotte in Shenyang City, northeastern China. In February 2017, the company had agreed to provide land from its golf courses to host the THAAD system.

Conversely, China has encouraged tourism to North Korea, its communist ally. Chinese tourist spending is one of North Korea’s few remaining sources of income as it has faced severe international sanctions.