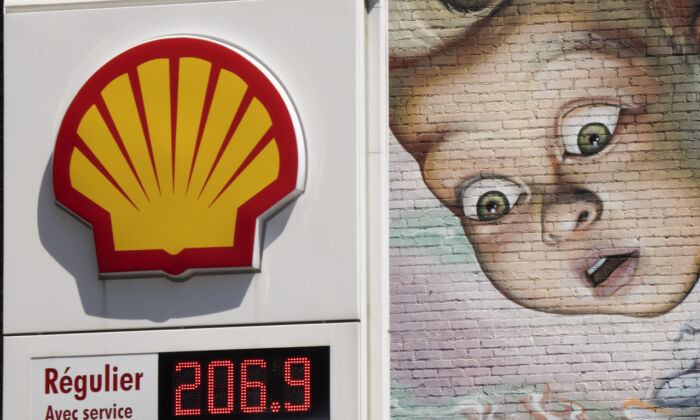 A gas station sign in front of a wall mural, as gas prices surpass $2.00 a litre in Montreal on May 9, 2022. (Ryan Remiorz/The Canadian Press)
Canada

Amid High Living Costs, the Party With Policies ‘Closer to Reality’ Will Win the Ontario Election: Affordability Advocate

With rampant inflation and high fuel prices, the party with policies closest to addressing the realities of rising affordability issues will triumph in the upcoming Ontario election, says president of Canadians for Affordable Energy Dan McTeague.

McTeague, a former Liberal MP, said pocketbook issues have become “extraordinarily important” and “extraordinarily pressing” for all levels of government as higher interest rates for homes, higher fuel costs, and higher food costs increasingly provide a “general sense of malaise that we’re into an inflationary spiral the likes of which this generation has never experienced.”

At the core of what’s driving up the cost of living is an “energy bubble,” McTeague told The Epoch Times.

“I think most Ontarians are paying a lot of attention in terms of my area of energy affordability, which is really key to affordability in general. There is a growing belief that the cost of living is exceeding the ability for people to meet those obligations,” he said.

Consumers and voters are now connecting the rising costs of living to green policies, McTeague said, pointing to the “outrageously high benefits” given to realize the green energy transition, which led Ontario taxpayers to subsidize the skyrocketing electricity bills by $6.5 billion in the past year.

“Green policies that have increased the cost of electricity, diminished the ability for Canada to get its products like natural gas and oil to markets by federal governments and other activists blocking pipelines, and by divestment strategies used by woke capitalists to shut down investments in fossil fuels,” he said.

“A lot of people are starting to clue in to the fact that this idea that green energy and renewables can somehow happen without enormous dislocation and harm to our economic well-being is now being severely challenged.”

But “the last straw on the camel’s back” was the carbon tax that added 2.5 cents per litre to gasoline prices in 2022 starting April. McTeague said most people, especially middle-class Canadians, would not benefit from this Liberal carbon tax scheme, citing a March report from the Parliamentary Budget Officer.

McTeague said three possible occurrences that could hold off rising energy prices are a global recession, China going into complete permanent lockdown, and Russia apologizing and paying reparations for its incursion into Ukraine.

“I see the first as being quite likely. I see the next two as being less likely,” he said.

Unfortunately, both energy prices and the cost of living have yet to peak and will continue to go up, McTeague said.

“The prices we are paying today at the pumps, for diesel, for gasoline, jet fuel, natural gas, haven’t quite hit yet. People are feeling the hit now but they haven’t seen anything yet,” he said.

“The cascading effect of fooling around with energy prices and weakening the Canadian dollar—because you blocked pipelines, and put regulations in place, and have your banks and your insurance and trendy world capitalists here in Canada say we’re going to divest from fossil fuels—those have significant consequences that are far-reaching and long-lasting.”

“This may very well be another example of a made-at-home Canadian recession, which Canadians, unfortunately, have unwittingly supported,” he added.

In the run-up to Ontario’s general election, Premier Doug Ford’s Progressive Conservative government has pledged to cut gas taxes, while also promising to “unlock the economic potential of the Ring of Fire and northern minerals by connecting them to the future of electric vehicles and the batteries that power them.”

Both the Ontario Liberal and NDP platforms continue to support aggressive slashing of carbon emissions.

“The only one party that’s actually mentioned anything about energy crisis is the [Progressive Conservative Party,]” McTeague said, but he added that they are just “trying to straddle the middle.”

“But the NDP and the Liberals I think are committed to ignoring the issue at best,” he said. “At worst, making it a lot more difficult for people to make ends meet.”

McTeague said the outcome, however, is predetermined in that there’s no escaping from the “reality that the cost of living is affecting everybody.”

“At the end of the day, we all are in a very precarious position, much of it brought about by our willingness to embrace green policies without taking into full account their effects,” he said. “The willingness to spend billions of dollars of public’s money to subsidize things that people don’t want and can’t afford—there’s a major disconnect between reality and fantasy, and that’s what’s playing out right now in the minds of most Canadians, most Ontarians.”

“I think the parties that are closer to reality will win the next election. Those who propose more fantasy while incurring more debt, while diminishing Canada’s competitiveness, while not realizing how the world is, now recognize the importance of oil and gas, are likely to lose the next election.”