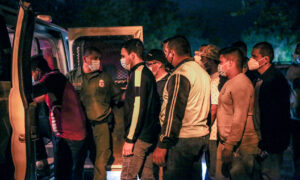 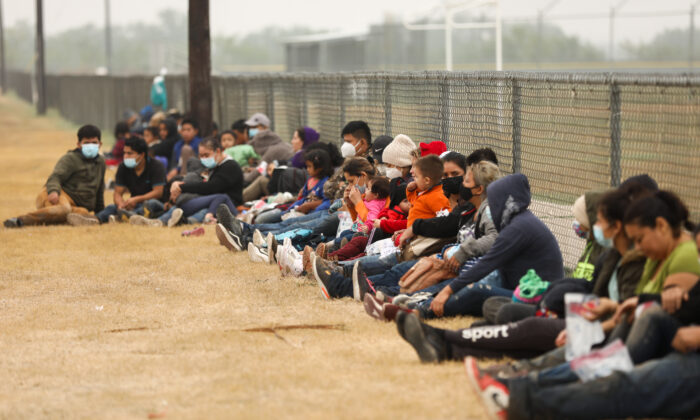 Amid Federal Inaction, Texans Push for Control of Own Border

DEL RIO, Texas—Texans living near the U.S.–Mexico border are growing increasingly frustrated with the surge in illegal crossings, human smuggling, vehicle theft, property damage, and threats from illegal aliens trespassing on their property.

Ranchers are having to brandish firearms, or even fire warning shots, to chase groups of illegal aliens, usually young men, out of their homes. Parents are afraid to let their young children play outside, while sheriffs are resigned that someone is going to get shot sooner or later.

Expecting no help from the federal government, residents are pressing for state and local action.

At least 14 counties have declared local disasters, and some are starting to prosecute illegal aliens for trespassing and other crimes, although resources are so limited that the impact will likely be small.

“The answer is send them back,” Val Verde County Judge Lewis Owens said at a border town hall in Del Rio on June 4, referring to illegal border-crossers.

“Fly them back to the point of origin. If we do that, that’s a deterrent. But we’ve got to send them back.”

Owens went on to say, however, that “we don’t have that power.”

“Texas is a sovereign state. It’s not an appendage of Washington, D.C. It has the right to defend its people and its border without permission,” he said.

Article 1, Section 10 of the Constitution states, in part: “No State shall, without the Consent of Congress … engage in War, unless actually invaded, or in such imminent Danger as will not admit of delay.”

Zadrozny said local law enforcement and state authorities “can ship these people to the other side of the river.”

“I’d actually encourage you to put a bunch of these guys in a boat, give them a couple sandwiches, and send them back across the river and see what happens. There will be no consequence,” he said. “If someone in Washington starts grumbling, dare them to come down here and have a conversation about it.”

Border Patrol has apprehended more than 300,000 illegal aliens entering Texas from Mexico in the months of February, March, and April, according to Customs and Border Protection statistics. Thousands more have evaded capture.

Lavaca County Judge Mark Myers suggested at a community meeting in Westache on April 22 that the governor should activate the National Guard, as well as a reserve militia.

Texas Gov. Greg Abbott “can enact a draft to raise up an army to quell this invasion,” Myers said. “This is an invasion. No matter what anyone tells you, this is a law enforcement emergency. And we have the right to do that under the Texas Constitution and under Texas Government Code.”

Chapter 431 of the Texas Government Code states, in part, “The reserve militia is not subject to active military duty, except that the governor may call into service the portion of the reserve militia needed for the period required in case of war, insurrection, invasion or prevention of invasion, suppression of riot, tumult, or breach of peace or to aid civil officers to execute law or serve process.”

“If we don’t start doing something soon, it’s going to start costing a lot of lives,” Myers said. “I would like to see something done about this before we lose our nation.”

Kinney County Attorney Brent Smith suggested that Abbott should pressure Mexico to stop the flood of illegal border crossings by threatening to close the Texas roadways to the ports of entry between Mexico and Texas.

“He can punish them by depleting their legitimate income that they receive through the borders through trade. Punish them enough to where it exceeds the illegitimate income,” Smith said in Del Rio on June 4. “If you stop illegal immigration, I’ll open up one. If it keeps going, I’ll shut it back down. If it improves, open up another.”

Abbott is hosting a border security summit in Del Rio on June 10, along with officials from the Texas Division of Emergency Management, the Texas Military Department, and the Texas Department of Public Safety.

The governor issued a state disaster declaration on June 1 to push more resources into controlling the border and the spillover crime, highlighting 34 highly affected counties.

He said the border surge “poses an ongoing and imminent threat of widespread and severe damage, injury, and loss of life and property, including property damage, property crime, human trafficking, violent crime, threats to public health, and a violation of sovereignty and territorial integrity, in certain Texas counties and and for all state agencies affected by this disaster.”

Abbott deployed extra state troopers to border areas in mid-March and reported that so far, they’ve apprehended more than 35,000 illegal immigrants, seized more than 10,000 pounds of drugs, and more than 100 firearms.

In his latest declaration, Abbott criticized the Biden administration for failing Texans with its “open border policies” that have enabled “escalating violence from the cartels.”

Abbott directed the Texas Department of Public Safety to “use available resources to enforce all applicable federal and state laws to prevent the criminal activity along the border, including criminal trespassing, smuggling, and human trafficking, and to assist Texas counties in their efforts to address those criminal activities.”

Abbott and the Texas legislature have been criticized for not responding quickly enough or with enough resources. Texas state Rep. Bryan Slaton, who spoke at a border crisis meeting in Kinney County on May 22, said he’s pushing for the governor to place border security on a special session agenda.

“This is affecting everything, our families, our economy, the overall safety of our community,” Slaton said. “The Constitution is supreme, and we have every right to take care of our community.

“If your elected officials are not going to stand up and fight for what’s right, maybe God is paving the way for you to step in, and for you to do it.”