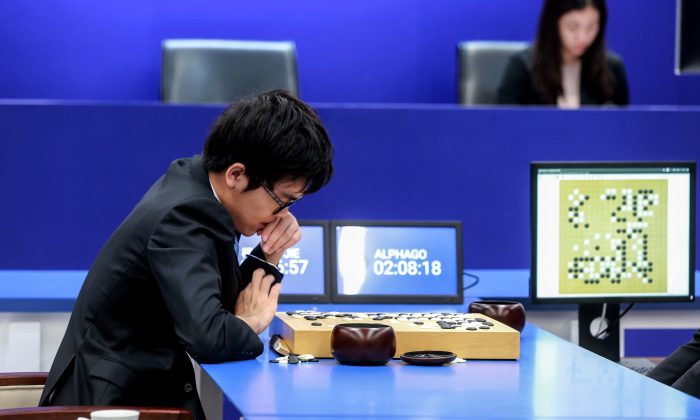 Facial recognition technology is used to pay for goods at shops and restaurants, and for the country’s surveillance system—currently with 20 million security cameras and plans to cover the entire nation—with the capability to gather personal information in real time.

Mobile pay is set up and readily accessible in many major Chinese cities, allowing citizens to pay cab fare, a meal at the street food stall, or a street busker with a swipe or scan on their smartphones.

China has embraced the latest advances in technology with a kind of fervor that has observers worried that an Orwellian nightmare could come true.

Nevertheless, China has ambitions for more.

At the country’s annual World Internet Conference held from Dec. 3 to 5 in the town of Wuzhen, Zhejiang Province, the Chinese regime announced its determination to become the world’s leader in artificial intelligence (AI) technology, via a panel on the subject, according to DW News, a pro-Beijing news website.

Citing a report by Chinese Internet company Tencent’s established research institute, the article boasted that China ranked number two in the world in terms of number of AI firms, just behind the United States.

“In terms of China’s implementation of AI technology though, it cannot be denied that China is already doing much better than the United States,” the article read, citing Chinese innovations in driverless cars, smart homes, and AI in medical treatments. The aforementioned surveillance system, called “Skynet,” also employs AI to predict physical features of people captured on security camera.

“China’s plans and determination to become the world’s AI leader cannot be stopped,” it said.

In July, the Chinese regime released a blueprint report, titled “The New Era of AI Development Plan,” foresees increasing the value of its IT industry to 520 billion dollars, which will be two percent of its GDP, by the year 2030.

Recently, China also revealed it was keen on becoming an innovator in developing 5G mobile network technology. South China Morning Post reported that China wanted to increase its share of 5G technology intellectual property rights to more than 10 percent. With 4G, Chinese tech companies had failed to be among the world’s top owners of intellectual property rights, losing to companies like Qualcomm, Samsung Electronics, and Intel.

Wang Huning and Huang Kunming, the CCP’s ideology chief and propaganda chief respectively, appeared at the conference, the first time the two had showed up at a major event after getting promoted at the 19th National Congress in October.

At the conference, Wang also argued for China’s dominance, stating that the country should have greater say in how the internet operates around the world, according to a report by South China Morning Post.

“People inside the wall are inviting people outside the wall to talk about sharing the internet. What is the meaning of this?” said one, referring to the firewall that prevents Chinese citizens from accessing many major internet sites like Google, Facebook, Youtube, and Twitter.

Another said the conference should be renamed to “The Famous 404 Not Found Conference,” meaning the error message that appears when a webpage has been deleted by internet censors in China.

Wen Pu and Zhang Dun contributed to this report.