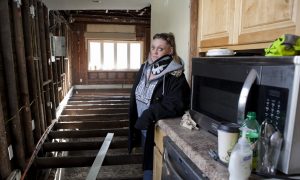 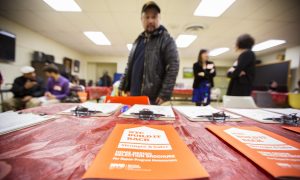 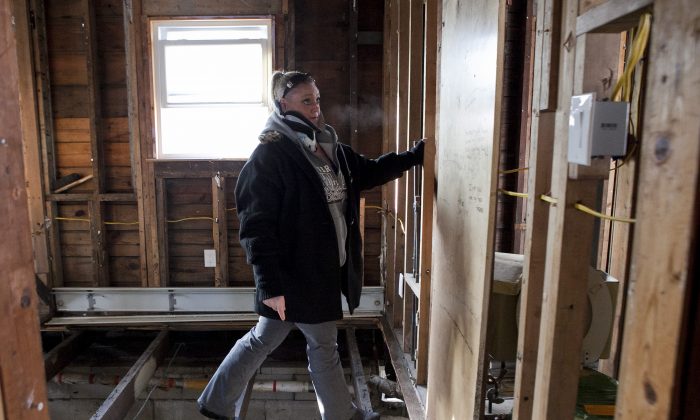 Amid de Blasio Inattention, Sandy Build It Back Construction Set to Start

NEW YORK—Despite Mayor Bill de Blasio’s lack of attention to the city’s Sandy housing recovery, a very positive sign of progress is on the horizon.

The city’s main housing recovery program, Build It Back, will start rebuilding homes this month.

On Monday, a Build It Back official who did not wish to be named confirmed the information. The official said that construction on almost two dozen houses is scheduled to start in March. The only foreseeable delay would be inclement weather.

That development, a clear sign of Build It Back headway under the watch of former director Kathryn Mallon, has never been publicly acknowledged by the mayor.

Registration for the program closed on Oct. 31, and Mallon ran the program for just four months afterward. She resigned from Build It Back last month and a new director has not been appointed.

So far de Blasio has focused mainly on his campaign priorities, setting the tone with issues like pedestrian safety, universal pre-K, and affordable housing. Staffers and agency heads have also been appointed at regular intervals.

But when it comes to Sandy recovery, de Blasio has yet to lead.

“All levels of government have to do better,” he said during a Staten Island press conference on Feb. 24 where the mayor took questions mainly on Build It Back for about 30 minutes.

De Blasio said under his watch, the city needs a new and improved plan.

Some insiders are concerned about de Blasio’s lack of attention to Sandy recovery.

“They seem confused,” said one individual familiar with the administration’s progress on understanding Sandy recovery work who asked not to be identified. Others have made similar comments expressing frustration with the lack of responsiveness from the new administration.

There have been public barbs, too.

At a Monday press conference at City Hall, a reporter quizzed the mayor about the lack of response to inquiries about the Build It Back program from U.S. Congressman Michael Grimm.

Grimm, who represents Staten Island, has been extremely visible and active in securing help for Sandy victims.

But the congressman had a different take on the situation.

“The congressman never intended to go because we never got feedback [about Sandy recovery],” said Grimm spokesman Nick Iacono by phone Monday.

He added that they started reaching out to the mayor’s office in early January but never received a response.

By press time, three representatives from the mayor’s office had not responded to inquiries about whether the mayor plans to reopen registration to Build It Back.