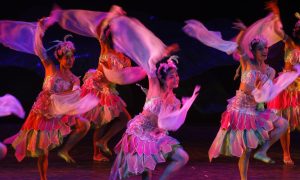 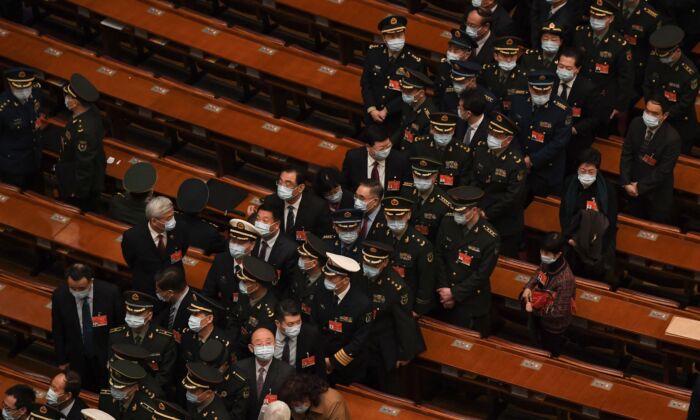 Song Xue, a rear admiral and deputy chief of staff of the People’s Liberation Army (PLA) Navy was removed from his post as a delegate to the regime’s rubber-stamp legislature and suspected of “serious violation of discipline and law,” according to a notice from the Standing Committee of the legislature on April 29.

According to an article by the Beijing Youth Daily WeChat official account “Politics and Insights,” the notice stated that in the past six years, Song was the first high-ranking navy general sacked after Cheng Jie, deputy chief of staff of the North Sea Fleet of the Navy, who was put under investigation in 2015.

According to the article, Xong’s purge is believed to be a signal that Xi Jinping’s anti-corruption effort in the army has been enhanced.

Song, 62, used to be deputy chief of the navy’s equipment department. He became a deputy to the legislature in February 2018.

Song was once the secretary of late navy deputy commander He Pengfei, and he is therefore known as a member of the former military official’s “secretary gang.” These powerful secretaries of state-level officials were often promoted to hold high-ranking positions and their deep involvement in corruption cases has them labeled as the “secretary gang.” It is therefore believed that Song was removed because of suspected involvement in corruption.

An article titled “Connections, Father-son Relationships, Secretary Relationships of Generals in Active Duty After 2012” went viral online on July 14, 2014. The article exposed the list of the CCP’s army princelings and secretary gangs. The list was subsequently deleted from the Chinese network.

Recently, the United States and Chinese navies have engaged in unprecedented large-scale maritime confrontations, involving countries such as Japan and Taiwan in the north, Australia and Indonesia in the south, and the Philippines in the east. From the East China Sea to the Taiwan Strait to the South China Sea in the surrounding areas of China, a series of mutual deterrence campaigns between the U.S. and China’s naval forces marks the escalation of a Cold War.

Song had made many public appearances to the outside world to promote the construction and development of the communist navy’s aircraft carriers.

According to the regime’s mouthpiece Xinhua News in 2012, “The media disclosed for the first time the details of the entire process of the J-15 landing on the Liaoning aircraft carrier.” In this article, Song was interviewed as “deputy commander-in-chief of takeoff and landing test mission of J-15 carrier-based aircraft.”