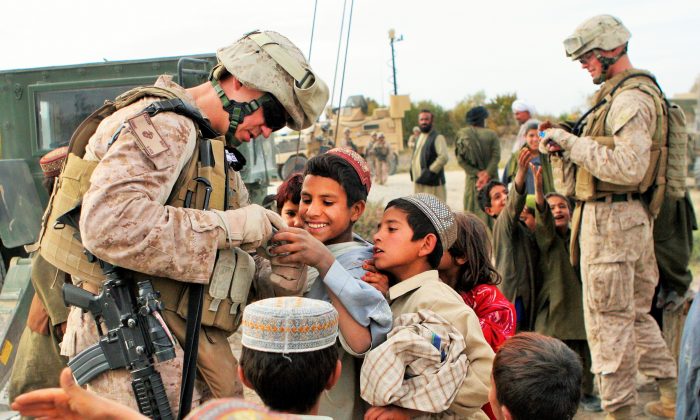 As America commemorates Veterans Day on Tuesday, Nov. 11, our nation must pause to honor the heroes who have rendered military service.

America must be eternally grateful for the sacrifices, dedication, and patriotism of our veterans.

Today, as in generations past, courageous military personnel are living heroically. They are carrying the torch of freedom, democracy, and liberty for America and securing peace throughout the world.

Let us honor them with our appreciation, respect, and prayers.

The mission of the U.S. Air Force is to fly, fight, and win … in air, space, and cyberspace.

Achieving this mission demands that the Air Force has a vision of global vigilance, with these core values as the foundation:

One of the many inspirational U.S. military stories is of the Tuskegee Airmen.
More than 50 years after they helped defeat Hitler and the Nazis in World War II, a group of these African-American heroes were justly awarded the Congressional Medal of Honor on March 29, 2007, at a White House ceremony.
They fought two wars, one against an evil totalitarian force oversees and another against unjust racism on American soil. At a time when African-Americans could not eat, be educated, ride in the front of the bus, or use public restrooms with whites, these patriots bravely served America.

As detailed on its website the mission of the U.S. Army is to fight and win the wars of America by providing prompt, sustained land dominance across a full range of military operations.
Currently, there are more than 675,000 soldiers in today’s Army, which includes 488,000 active duty and 189,000 in the reserve.

The Army is engaged in worldwide operations including humanitarian assistance, peacekeeping, and direct combat. Enlisted army soldiers are critical to the Army mission, always ready to directly carry out orders.

Gen. Douglas MacArthur eloquently expressed “duty, honor, country” as the hallowed heart of the Army during his May 12, 1962, speech at West Point.

The U.S. Coast Guard is the only military organization within the Department of Homeland Security. It has protected our nation’s maritime interests and environments worldwide since 1790.

Our Coast Guard is a military force of maritime professionals protecting our rivers, ports, littoral regions and high seas.

Currently, there are 42,000 active duty members dedicated to readiness as America’s maritime guardians. The Coast Guard motto is “Semper Paratus” (“Always Ready”) and its core values are honor, respect, and devotion to duty.

The U.S. Marines have been America’s expeditionary force since 1775. The Marines are “Semper Fidelis” (“Always Faithful”) and dedicated to leadership on the battlefield and as citizens when returning to America’s communities.

The core values of the Marines are
• Honor: a code of personal integrity to do what is right when no one is watching.
• Courage: the guardian of all values expressed through mental, physical, and ethical strength.
• Commitment: a spirit of determination that compels the Marine to persevere when others quit.
• Ductus Exemplo: a Latin term translated as “lead by example,” the heart of the Marines character.

The mission of the U.S. Navy is to maintain, train, and equip combat-ready naval forces capable of winning wars, deterring aggression, and maintaining freedom of the seas.

The Navy motto is cited as “Non sibi sed patriae” (“Not self but country”) and its core values are:

The legacy of America urges us to appreciate all veterans who have honored our nation through their service. When we are grateful for the heroism, patriotism, and sacrifices of our veterans we are on the course to reawakening the nation.