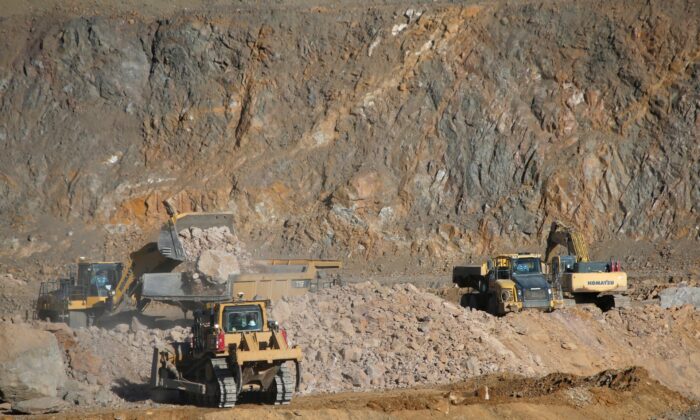 The United States is vastly behind the times when it comes to rare earth elements, and its reluctance to embrace the mining and processing of rare earths has created quite the conundrum.

What is rare earth?

Rare earth elements are essential for products we use and consume every day, especially for high-tech items such as computers, iPhones, lasers, and defense systems.

The term “rare earth” is slightly misleading, as rare-earth metals are found all over the world. While rare earths are relatively abundant in the Earth’s crust, the extractable concentrations are less common than most other mineral commodities. They are rarely found in large deposits on their own and tend to group with other elements. This is, in part, what makes rare earths so rare.

Do we have any rare earths in North America?

Yes, but obtaining them is not as easy as one may think. In the United States, there is only one mine at the moment, located in southeastern California. Owned and operated by MP Materials, rare earths from the site are processed and then sent to China for further processing.

That sounds a bit ridiculous, doesn’t it?

“Currently, MP lightly processes rare earths it extracts from California’s Mountain Pass mine and ships the material to China for separation into various rare earth metals because there are no U.S.-based options,” Reuters reported on Feb. 24.

Mining rare earth elements is still somewhat new and harmful to the environment and humanity. Chemicals used to separate rare earth elements from other mineral conurbations are toxic, and rare earths are often found with minerals and ores that contain uranium and thorium, which pose a serious risk to human health and workers mining such materials.

Because of that issue, the United States has exported this process to China, leaving us open to geopolitical friction and price increases. China has a firm grasp on the importance of rare-earth elements.

As far back as the 1980s, China understood the importance of rare-earth elements. In 1987, then-Chinese leader Deng Xiaoping said: “The Middle East has oil. China has rare earths.”

To make matters worse, China is not only the dominant player in rare earths, but it’s increasing its scale of investment and devoting untold resources to make sure it stays the leader in rare-earths mining, material production, and processing.

Soon after the China Rare Earth Group announcement, Frank Tang from the South China Morning Post reported: “Merger of some of China’s top rare earth producers into a new company under the  state assets regulator gives it a strategic advantage, experts say. … Some hardliners have urged Beijing to weaponize its dominance in rare earth production after the Trump administration started a trade war in 2018.”

Regardless, this is the sort of fact-finding that fuels conspiracies. In 2019 alone, the U.S. Geological Survey reported that China was responsible for 80 percent of rare earth imports.

It’s a matter of economic and strategic security that Washington holds U.S. technology companies accountable, mandates the development of rare earths in the United States, and mandates that U.S. tech companies pivot to North American sources once those commodity flows are readily available.

The global struggle for rare earth resources will not go away overnight, and the need for ongoing political machinery, domestic workload, and capital investment will take years to sort out. The American consumer will shoulder the burden. With rare earth elements used in billions of consumers’ everyday lives, global demand for these elements will only continue, increasing demand as much as 400 to 600 percent over the next few decades, if not more.

At one time, America had the potential to be the dominant player in rare earths. That time has since passed, and we face a long, uphill battle to wrangle market share from China.

Watch this space; there are very interesting times ahead for rare earths and the United States’ rare earths market.