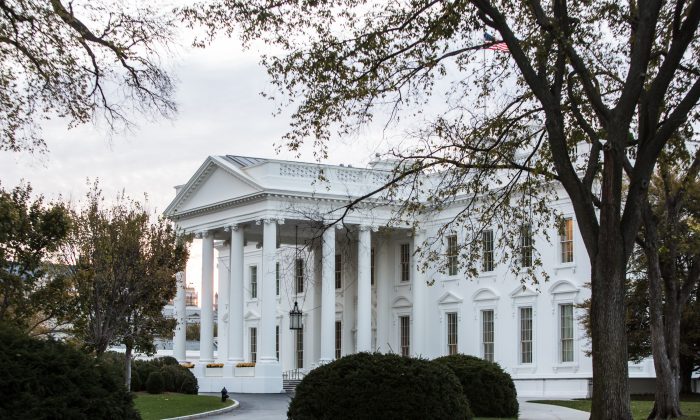 The Republican Presidential Debates continued this past week with the nation analyzing which candidates possessed the leadership principles critical to America.

As detailed in my article titled “America’s Next President Demands an Ethical Protector,” for the Nov. 12 edition of the Epoch Times, our nation’s concerns are inseparable from those of the international community.

These are presidential qualities critical for a 21st century American leader who must ignite patriotism, community, and character in America.

Ethical Leadership: Heart of the President

America’s president must inspire an ethical society that stands as a counterculture to violence, apathy, and corruption we have seen unleashed in our society. Our president must be the preeminent model of ethical leadership and inspire a reawakening of the golden rule, “Do unto others as you would have them do unto you.”

Perhaps some reflection on ethical leadership qualities from some past presidents will serve the presidential candidates with virtues worthy of emulation. These are also qualities that the American people should demand in their next president.

Although every president is a human being lacking perfection, these are some qualities detailed in my book “Listen To Their Cries” deserving attention:

Thomas Jefferson: Thomas Jefferson modeled moral courage, daring to speak for all Americans when he wrote that Parliament had no authority whatsoever over Americans. He claimed our independence, writing that Americans were “subject to the laws which they had adopted at their first settlement” and laws accepted by their own legislatures. In his bold conviction, Jefferson no longer petitioned the King of England as his subject or even as an Englishman, and he spoke of England as a foreign country.

Jefferson called for Americans to make resistance to the British “it’s common cause and exert their rightful powers to reestablish their constitutional rights.” He encouraged a boycott of British goods and referred to the colonies as states. Although aware that his writings would be considered treason punishable by hanging, Jefferson excited the hearts of patriots with his passion against the corrupt British king.

Abraham Lincoln: Although interpersonal skills as well as the ability to persuade through communication are hallmarks of leadership, so are the qualities of great reserve, quiet, and study. Abraham Lincoln, modeled character by temperament and early training, growing up as a man of great reserve, so different from many politicians who attempt to be everyone’s best friend.

At times Lincoln was secretive, reticent, and self-contained, but although a warm friend of very few, he was the true friend of the people. Lincoln was a very private man who handled and acted on his thoughts carefully and with great discretion.

Franklin Delano Roosevelt: In 1940, Franklin D. Roosevelt (FDR) had been president for seven years, but he had been paralyzed from the waist down for almost 20 years. Although he once flourished on physical activity such as golfing, tennis, swimming, horseback riding, and running in the woods, the mere act of standing up with his heavy metal leg-braces locked into place was a painful ordeal. FDR lived a very private pain with the infectious disease that crippled him—polio. He modeled a passion of dedication to America, concealing his disability so well that millions of Americans never knew he was a paraplegic.

The only thing we have to fear is … fear itself.
— Franklin D. Roosevelt, president, U.S.

It is awe inspiring to visit the home of FDR in Hyde Park, New York, and to walk along the second floor (where he could not stand on his own) and visualize him getting into his wheelchair each morning in his bedroom, rolling himself to a pulley system at the end of the hallway, and using all the upper body strength he could muster to lower himself to the main floor. Despite his hardship, Franklin D. Roosevelt led his country through World War II and championed the saving of democracy through his courage, determination, and patriotism, immortalized in his words, “The only thing we have to fear is … fear itself.”

Dwight Eisenhower: Leadership possesses courage that transcends trials, sufferings, and hardships as exemplified by Dwight Eisenhower. When he prepared for the D-Day Invasion, he was aware of the pending bloodshed of young American and British soldiers on the beaches of Normandy. Yet, he was also aware that these heroic sacrifices would not be in vain but would lead to the saving of civilization from tyranny, dictatorship, and despots.

American presidential candidates, the eyes of the nation are upon you and demand that you rise to the occasion and serve the people with character, ethics, and leadership. These qualities are what America is expecting and will lead to the reawakening of the nation.