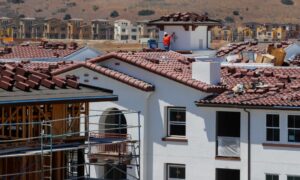 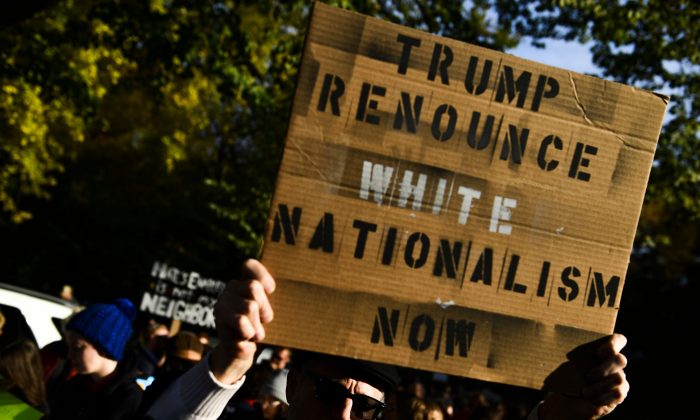 America’s ‘Ministry of Truth,’ Part III: What is News?

Commonplace among political junkies is that events transform into “news” only if they fit an approved “narrative” derived from elite sources that dominate U.S. institutions—academia, media, politics, entertainment, sports, and even the “hard” sciences.

Parts I and II of this series discussed these matters, and our task today is to review the outputs of this system. What constitutes news? Perhaps more important, what isn’t news? And can Americans believe what is usually reported?

Two points summon our attention at the outset. First, delving into the psychology of information processing—selective perception, cognitive dissonance, and so forth—though interesting, isn’t necessary to make informed decisions about what we term America’s Ministry of Truth. Second, answers to these questions bode ill for the continuation of the American Republic.

This is another way of saying that the United States is immersed in what scholar Victor Davis Hanson recently characterized as “The Progressive Synopticon”—taking his lead from a term coined by sociologist Thomas Mathiesen to describe “surveillance of the few by the many.”

Hanson argues that the real problem conservatives face has little to do with trying to scoop up this or that part of the electorate before 2020. For those terrified by progressive statism, the situation is much worse than that: “Conservatives have lost entirely the culture and establishment wars,” Hanson states. “The result is that they are besieged by a circle of hostile progressive, but quite establishment institutions that are relentless.”

How relentless? From the continuous avalanche of progressive propaganda that floods airwaves and print media every day, often smothering scattered islands of independent thought, only a few examples will be selected: one from a few years ago and another dealing with the horrific mass murder that took place in Pittsburgh in October 2018.

The first example involves award-winning journalist Sharyl Attkisson, who had worked for CNN for three years before her stint with CBS as an investigative reporter from 1993 to 2014. Winning the coveted and prestigious Edward R. Murrow Award, along with five Emmy awards, and putting her life in danger during combat missions in Kosovo didn’t exempt the tenacious Attkisson from being journalistically spat upon by colleagues in the progressive media.

Her unforgivable sin? Investigating fraud and abuse of power perpetrated by progressive Democrats as well as by Republicans. One transgression was sufficient to consign her accomplishments to an Orwellian memory hole, where they vanished without a trace.

In Attkisson’s fascinating treatment of her time with CBS, superbly entitled, “Stonewalled: My Fight for Truth Against the Forces of Obstruction, Intimidation, and Harassment in Obama’s Washington,” she stated: “When left-wingers praised my work, it didn’t seem to ruffle any feathers among my colleagues at CBS. But when conservatives expressed support for my stories, some insiders viewed me as the enemy. She’s not one of us. Or else she wouldn’t be pursuing stories like that.

“So, the theory apparently goes something like this: I was a fair reporter when I examined the Bush-era controversies. But when I started digging into Obama administration problems, I was suddenly a fanatic bent on destroying the president and all good things liberal.”

The “obstruction, intimidation, and harassment” faced by Attkisson convinced her that professional journalism wasn’t possible at that network. In short, a straight line can be drawn from academic indoctrination of The Narrative to smearing Attkisson for engaging in objective news reporting. The “news” had to conform to The Narrative or it’s not news at all.

The second example is as sickening as it is heartbreaking. A “maniacal dirtbag murdered 11 Jews” in Pittsburgh, Rabbi Dov Fischer wrote in The American Spectator. In response to the mass shooting, President Donald Trump offered “profoundly sensitive and healing words aimed at condemning anti-Semitism and comforting and consoling the Jewish community,” Fischer wrote.

In fact, when the president and first lady went to the hospital to visit victims of the attack, they were cheered by hospital staff. Everyone, it seemed, was touched by his response to the tragedy.

Well, not everyone, of course. For instance, Maggie Haberman of The New York Times quoted the group Bend The Arc, which accused Trump of white nationalism and being responsible for the horrific killing at the Tree of Life Synagogue—“the direct culmination of [his] influence.”

At least the headline in The Hill was honest enough to indicate precisely which group objected to Trump’s presence: “Progressive Jewish leaders tell Trump he’s not welcome in Pittsburgh until he denounces white nationalism.”

The conclusion from these headlines: A chorus of dissent greeted the white supremacist president whose words and actions provide a clear link to the murders that took place in Pittsburgh. Ignoring the Will of the People, this contemptible human being visited anyway, in spite of the fact that the massacre was “not the first act of terror [he] incited against a minority group.” Despicable!

And that was “the news,” or at least the prevailing message conveyed by the country’s heavyweight media conglomerates because characterizing the president as an unindicted instigator of mass murder conforms to The Narrative—treating him as a compassionate healer does not.

And woe to those who believe otherwise, who stray from The Narrative to see with eyes unjaundiced by The Narrative’s constraints—just ask Attkisson and the many others, especially public figures not as favorably situated or sufficiently savvy to grasp how America’s Ministry of Truth operates.

The consequences for Minitrue apostasy will be covered in our next treatment: crime and punishment.