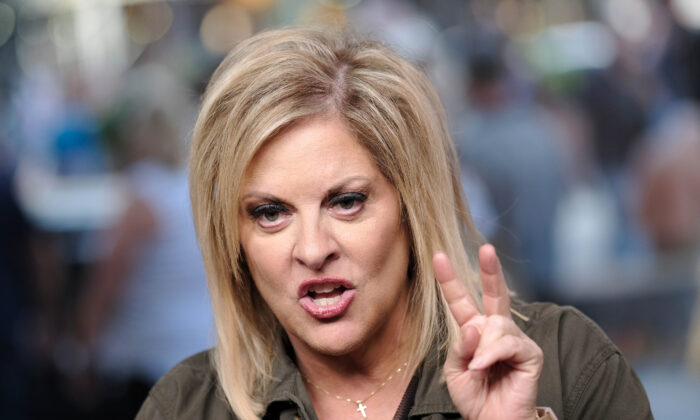 It is impossible that I am the only person or even in a small minority of random television viewers who finds Nancy Grace’s supposed analyses of crimes deeply unjust and offensive.

I am only an occasional viewer, but without a single exception over many years I’ve found that her technique is to sensationalize whatever aspects of an unfolding crime investigation are known and to attempt to direct viewers towards a conclusion long in advance of a judicial determination of the issues involved.

The sixth amendment to the Constitution in the Bill of Rights promises an impartial jury, but Ms. Grace’s techniques for informing her viewers of the facts in the cases that she presents are clearly designed to generate pressure for a guilty finding of whomever is being portrayed.

On Sunday, Oct. 24, Grace was discussing the latest developments in the Gabby Petito homicide case, which has affected the sensibilities of millions of people.

Most readers will be aware that this attractive and apparently charming and likable young lady went on a transcontinental road trip in her panel truck with her fiancé Brian Laundrie. She was eventually reported as missing and Laundrie returned the panel truck to his fiancée’s parents and disappeared.

His car was retrieved from the parking lot adjacent to a natural habitat in a Florida environmental park that he had often frequented, which was infested with dangerous snakes, alligators, venomous spiders and other potentially inhospitable creatures.

Laundrie was at first identified as a party of interest in what was a missing person case until Petito’s corpse was discovered in a national park in Wyoming and the local coroner determined that she was a homicide victim and had been strangled.

The national media from the outset strenuously implied that Laundrie was the murderer although he had not been declared as a homicide suspect. The facts known to the public and the media, though they incited suspicion of Laundrie, stopped well short of evidence adequately conclusive to imply that he had murdered his fiancée.

Evidence was adduced to the media that the two had quarreled and that the park police that had stopped the couple had even counseled Petito to reconsider her matrimonial plans. By the evening of Oct. 24, it was known and well publicized that Laundrie had himself been discovered in the wilds of the Florida park dead and with his corpse partially decomposed, including the severance and disappearance of half of his skull.

The coroner in the Laundrie case had sought forensic dental analysis to confirm the identity of the deceased and Nancy Grace assembled a group of television guests knowledgeable about different aspects of this fact situation for the apparent purpose of reprimanding the local coroner for seeking dental evidence ahead of DNA evidence.

This opinion was advanced with the usual strident and acoustically irritating overconfidence of Grace, and was presented in a way designed to arouse the maximum possible doubt about the competence and even the motives of the coroner.

As of now, there is no reason to doubt that the dental evidence will provide the information that the coroner was seeking, and it can in any case be supplemented or contradicted by DNA evidence. Local coroners are not answerable to national, sensationalist television crime reporters and are in any case entitled to the benefit of the assumption that they execute their offices competently unless there is some serious reason to believe otherwise.

Since this coroner, along with other officials involved, prudently refrained from comment on matters that had not been proved, he is entitled to go about his business without in effect being pilloried by Grace or anyone else as either an outright boob or the author of some a sinister cover-up of material evidence.

Having squeezed out all the negative imputations she could about the benighted Laundrie coroner, Grace turned her fierce attention upon Laundrie’s parents. News-film was shown of them apparently discussing the evidence of their son’s death with a police detective and Grace inquired of one of her guests if they did not appear to be unusually and suspiciously calm and unruffled by the apparent discovery of the corpse of their son.

When this guest, who was allegedly an expert in relevant behavioral matters, failed to swell the desired chorus of condemnation of Laundrie’s parents, Graces eyes widened and her cheeks filled out as she admonished her guest: ”I want something more from you.”

He declined to be baited into accusations of insufficient grief against the parents, and she had to be satisfied with what she had.

In fairness, another guest pointed out that at this stage it was not certain that the body that had been found was that of their son, so it must be said that at least Grace allowed this evidence to come in. But viewers were left to wonder what she imagined was the useful purpose in chastising before a national television audience the apparent initial response of a couple whose son’s decomposed corpse had just been discovered.

The general supposition of the media has been that Laundrie repented of the murder of his fiancée and committed suicide in a way that enabled his lifeless body to be torn apart by the creatures that lurked in the habitat that he well knew.

One of Grace’s guests was an authority on the wildlife of this part of Florida and confirmed that an alligator could crush a human skull with its jaw. At this point, we don’t actually know that Laundrie killed his fiancée and we don’t know that he committed suicide and almost all that we do know is that they are both dead.

This was a shabby and grotesque effort to sensationalize as egregiously as possible the tragic death of two young people, and to incite horrible visions in the minds of millions of people of venomous and savage animals rending a human corpse.

Every time I have seen Nancy Grace present one of her crime analyses she has deliberately attempted to poison the wells for any jury pool that might eventually be assembled to consider the facts that she was investigating.

She never seriously presents alternative scenarios and I’ve often listened slack-jawed as she demanded to know why one or another suspect in the case was not yet in custody. She never hesitates to assume that she knows better than the local investigators when the threshold of adequate evidence of wrongdoing has been crossed and a charge should be laid.

And with Grace the story is more frequently her supposed detection of slack, wimpish, or even corrupt conduct by local police and coroners rather than the crime under investigation.

American criminal law is a national disgrace and embarrassment without any help from sensationalist blowhards like Grace.

The corruption of the plea-bargain system, the absence of any sanction on prosecutors for extorting or suborning evidence or withholding evidence that they know to be exculpatory has resulted in the highest per capita incarceration rates of any country in the world, five times as large a percentage of the world’s imprisoned people as the percentage that the United States represents of the world’s population.

This is what Grace should be raving and shrieking and haranguing her viewers about—the frequently exercised ability of America’s prosecutors to abuse their positions. The fifth, sixth, and eighth amendments of the Constitution assure a grand jury as some assurance against capricious prosecution, due process, no seizure of property without just compensation, prompt justice, an impartial jury, and reasonable bail, most of which are in fact rarely enjoyed by any accused in federal cases today.

Grace and other crime reporters are like Charles Dickens’ hideous tricoteuses, horrid women knitting fiendishly in the shadow of the French Revolutionary guillotine, reveling in the delicious spectacle of public executions.

The answer to America’s skyrocketing crime rates is more and better trained police and a disincentive to prosecutors’ confected false convictions. And media that ceases to whip up public demand for such convictions but rather demands the protections of the Bill of Rights. Grace and her ilk are part of the problem and not part of the solution.