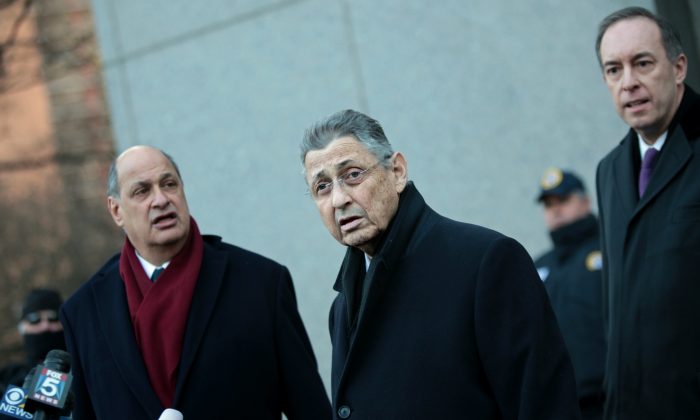 For 20 years I have addressed America’s culture of corruption through initiatives for the FBI, law enforcement agencies, educators, community leaders, and students.

America’s students are critical to America’s future. They must be encouraged and empowered to turn the tide. American schools need to shape up with full force commitment to developing the finest character education initiatives the world has ever known. Our youth deserve it and the future of America is at stake.

The joint announcement by the U.S. Attorney for the Southern District of New York and FBI on Jan. 22 of the arrest of New York State Assembly Speaker Sheldon Silver is a sobering commentary on ethical deficiencies within New York government. It is also a brushstroke of our culture of corruption that glorifies a pathology of power.

Silver was arrested on charges he used his official position to receive nearly $4 million in bribes and kickbacks in exchange for his official acts.

The truism “Oh what a tangled web we weave, when first we practice to deceive” played out in the corruption crisis. Charges are that Silver cloaked his self-aggrandizement and violation of the public trust by covetously disguising illegal payments as income from a law practice specializing in personal injuries.

The public must become outraged, opens its eyes, and demand accountability, transparency, and the renewal of America through an ethical renaissance. This must take place through every level of government, society, families, and especially in the heart of our youth through our schools.

Political power is a privilege that must serve all, especially the disenfranchised, marginalized, and downtrodden.

When avaricious, heart-hardened politicians insert their venom into the vulnerable for self-reward, they violate not only the crestfallen but also the most basic principle of human decency. Corruption is a debilitating disease crippling the morale of the nation and endangering our security by depleting valuable law enforcement resources.

Public servants violating their oath ignite distrust, apathy, and pessimism in the hearts of law-abiding citizens.

There is no end in sight to the culture of corruption as reminded by recent FBI cases in the following headlines:

These recent cases only hint at a pervasive culture of corruption that beckons a renaissance.

Inspiring an ethical renaissance in America is a daunting task but we must rise to the occasion. Our country has had seemingly insurmountable trials before and we have risen to the occasion.

Corruption is a crisis that runs deep within the arteries of many public servants. Our first step toward renewal is to accept the crisis of character as a reality without denial.

When we make an honest assessment of this crisis, we can commit ourselves to reawakening the nation through accountability in the criminal justice system, ethics initiatives throughout every level of society, and a world-class, second-to-none character education initiative for every American student.

If we are serious about America, we will be fully dedicated to its ethical renaissance and find no excuses for changing the course of the nation.