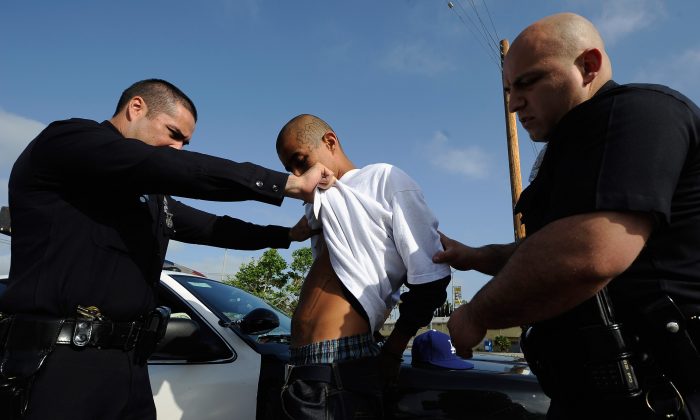 A police officer once shared his unforgettable anguish by asking me, “Where have all the parents gone?”

His concern was based on 24 years of virtually being a parent to abandoned youth because their parents were basically absent. The officer shared the following example of an incident he responded to:

• Three 9-year-olds swimming out to a buoy in a deepwater channel with no visibility, no life jackets, and strong currents. Someone’s dog was swimming in the same water, wearing a life preserver while the children at peril in the deeper section were without life jackets. In the same river just two weeks earlier, a 7-year-old drowned while swimming alone.

Based on such scenarios, America will experience societal dysfunction caused by parents who lack connectedness to the lives of their very own children.

There is a documentary titled “Killer Elephants.” It depicts slaughtered carcasses of young bull rhinos on an African Wildlife Preserve.

The initial understanding was that poachers, interested in cashing in on the ivory tusks of the rhinos, were responsible. Yet, as carcasses were autopsied, the tusks remained intact and deaths were found to have been caused by catastrophic brutal force.

Although there was never a shortage of food, it was determined that the rhino deaths were caused by young bull “Killer Elephants” who had been displaced from their herds.

Being communal by nature, the young bull elephants developed an internal rage that they vented through the killing of the bull rhinos.

There is a correlation between the “Killer Elephant” story and violence that took place at a New Orleans high school after Hurricane Katrina in 2006.

At the time, there were 25 security personnel protecting John McDonough High School in New Orleans due to an eruption of violence.

Many students lived on their own since their parents were displaced due to the hurricane. This was a time bomb for anger and a deficit of civility.

In the first six weeks of the school year, a teacher and security guard were brutally beaten by students and hospitalized. Many other students attacked security personnel, teachers, and a police officer. Over 20 students of the 775 faced expulsion and another 50 had been suspended. There were fights every day with some very serious assaults.

A gang is understood as a group sharing a common connection and involved with criminal activities. Many individuals are proud of their “gang community” and are united by their scornful defiance of authority.

Becoming a gang member is often ritualistic and can involve being beat up or having to commit a crime. There is a hierarchy within the gang where individuals can work themselves to the top of the community.

• Jurisdictions are experiencing an increase in juvenile gangs and violence, in part, due to the increased incarceration rates of older members and the aggressive recruitment of juveniles in schools. Gangs have traditionally targeted youths because of their vulnerability and susceptibility to recruitment tactics, as well as their likelihood of avoiding harsh criminal sentencing and willingness to engage in violence.
• Juvenile gang members in some communities are hosting parties and organizing special events that develop into opportunities for recruiting, drugs, sexual exploitation, and criminal activity.
• Gangster Rap gangs, often composed of juveniles, are forming and are being used to launder drug money through seemingly legitimate businesses.

Responding to the American crisis of shattered communities, the concept of community policing and its proper incorporation into the culture of a police department and community is critical.

The hope of America is community and the heart of reawakening the nation from our crisis of broken families.