America's Next President Needs to Have Altruistic Leadership
0 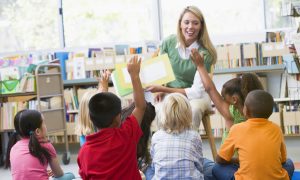 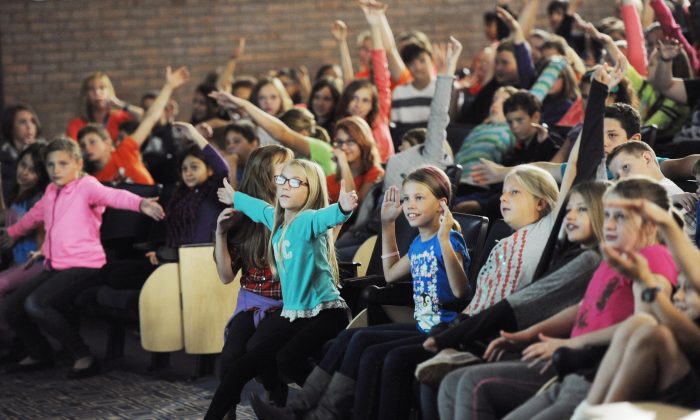 Middle school students respond to former American Idol contestant Devyn Rush as she talks about the pain bullying can cause during a bullying prevention assembly at Bridgman High School, in Bridgman, Mich., on Oct. 7, 2015. (Don Campbell/The Herald-Palladium via AP)
Opinion

It has been my honor to conduct leadership initiatives for law enforcement, community leaders, parents, and government officials throughout my career.

But my character education programs for high school and college students are critical as America’s youth are the future of the nation.

America must also have the character to make college costs reasonable so that students can avoid financial hardships, which are compounded by a lack of gainful employment after graduation.

Character: The Heart of Education

Character education must be inseparable from security protocols, academic development, and building connections with the community.

Be a Person of Character: Change the World has been my signature presentation for students. It is modified for each venue due to the different social, cultural, and emotional dynamics of each assembly.

Character education must be inseparable from security protocols, academic development, and building connections with the community.

Through an honest assessment of contemporary concerns in the nation—indicated by the realities of corruption, scandal, violence, broken families, alcohol/substance abuse, driving under the influence tragedies, and toxic relationships—this program challenges students to influence America, one person at a time, by living a life of character.

Tragic headlines, familiar to many of the students, are honestly presented and evaluated including the following:

In light of tragedies such as these, this presentation emphasizes that by living a life of character, people can be favorably influenced and communities transformed. This character education program encourages students to change the world by helping others do what is right.

Being a person of character in all our actions, including the manner in which we express ourselves through online social networking is a necessity.

Positive contributions made throughout the country by young students, as documented in numerous published reports, are utilized as a call to action, including the following:

The call to action is also inspired by the life of Rachel Scott, the first student killed at Columbine. Rachel’s example of kindness and compassion, coupled with the contents of her 6 diaries, which have become the foundation of a life changing character education program for American schools, is always warmly received by students.

As with all of my presentations, this character development initiative concludes with a tribute to our American military who serve our nation in harm’s way, allowing us our liberty, democracy, and freedom.

Every educational community must be fully dedicated to character education. This philosophy is vital to reawakening the nation by giving hope, vision, and inspiration to our youth who must reignite America’s torch of character, courage, and community.