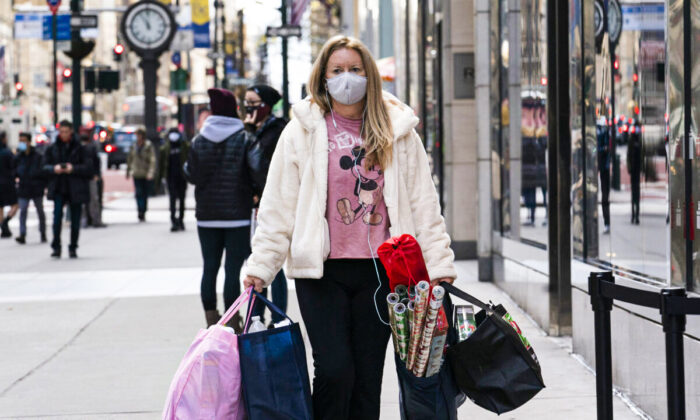 Americans plan to spend more this year on Black Friday and Cyber Monday than last year, according to a new report from Boston Consulting Group (BCG), which indicates that retailers may be in for a windfall at the start of the busy holiday shopping season.

The report (pdf), released last week, shows that Black Friday and Cyber Monday have become an integral part of America’s shopping calendar, with more than 93 percent of U.S. consumers aware of the retail significance of those days, and over half of those who know about them declaring their intention to hit stores to hunt for deals.

The findings stand in contrast to the University of Michigan’s most recent consumer confidence survey, which in November plunged to its lowest level in a decade, driven by inflation woes. The university’s consumer sentiment index fell to a reading of 67.4 this month, down around 4 percentage points from October’s reading of 71.7 percent, and a 10-year low.

“The decline was due to a combination of rapidly escalating inflation combined with the absence of federal policies that would effectively redress the inflationary damage to household budgets,” Richard Curtin, the UM survey’s director, said in a statement.

Curtin added that one in four people responding to the survey “cited inflationary erosions of their living standards,” while respondents universally “expressed less optimism in the November 2021 survey than any other time in the past decade about prospects for their own finances as well as for the overall economy.”

Still, even as inflation has been running at a three-decade high and picked up its pace between September and October, concerns about accelerating prices haven’t yet put a damper on spending. A Commerce Department report, released Nov. 24, shows that consumer spending, which accounts for around two-thirds of U.S. economic output, jumped 1.3 percent in October after rising 0.6 percent in September.

The same Commerce Department report showed that inflation in the 12 months through October came in at 5.0 percent, a higher rate than 4.4 percent in September. On a month-over-month basis, prices rose 0.6 percent in October, a faster rate than the 0.4 percent rate in the prior three months.

Surging prices have become a key issue amid the economic recovery and a pain point for President Joe Biden, whose approval ratings have slumped. A new NPR/Marist poll showed Biden’s approval rating at 42 percent, the lowest reading since he took office, with inflation being the top concern among survey respondents.

“Regardless of strong job numbers or the soaring stock market, Americans are worried about the economy and the reason is inflation,” Lee Miringoff, director of the Marist Institute for Public Opinion, told NPR.

The poll showed inflation as the chief worry (39 percent), followed by wages (18 percent), and labor shortages (11 percent). Worries about housing costs, unemployment, and elevated gas prices were tied at 9 percent each, the poll showed.