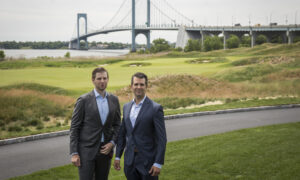 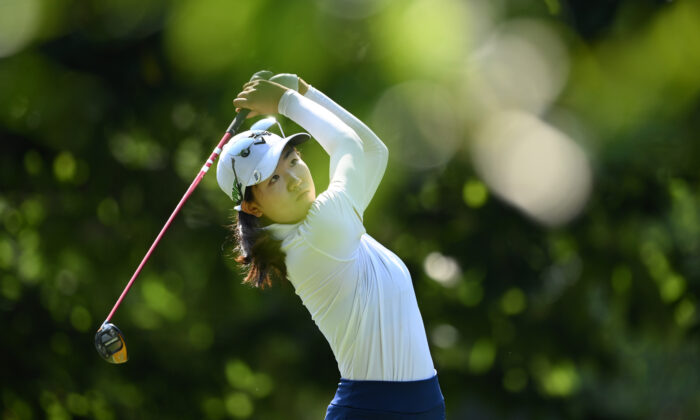 Rose Zhang of The United States tees off on the 3rd hole during day two of the The Amundi Evian Championship at Evian Resort Golf Club in Evian-les-Bains, France, July 23, 2021. (Stuart Franklin/Getty Images)
Golf

CONWY, Wales—Top-ranked amateur Rose Zhang capped off an unbeaten week as the Americans won six of the eight singles matches Saturday to beat Great Britain and Ireland in the Curtis Cup.

Zhang went 4–0–1 for the week at Conwy Golf Club, finishing with a 1-up victory over Emily Toy in the anchor match. By then, the United States had won so many matches that the Curtis Cup had already been clinched.

That added to a 12 1/2–7 1/2 victory for the United States, which extended its dominance in the premier team event for women’s amateur golf. Since the Curtis Cup began in 1932, the Americans now lead the series 30–8–3.

The score was tied at 6 going into singles. As the defending champion, the Americans only needed to win four points from singles to retain the cup.

“But that wasn’t our goal,” Rachel Kuehn said after her 2-up victory over Louise Duncan. “Our goal was to go out and to win eight singles matches. The more we can win, the less pressure is on the girls coming in. Just one more point you can put up for your country, it’s a huge deal.”

“We fought hard. That’s what we came here to do, and we certainly did that,” GB&I captain Elaine Ratcliffe said. “It’s been a phenomenal three days—highs and lows. We could have just done with a couple of more highs today.”

It was the first time the Americans won away from home since a 13–7 victory in 2008 at St. Andrews.

The Curtis Cup, held every other year, was postponed one year because of the COVID-19 pandemic. It will be played next year at Merion outside Philadelphia.