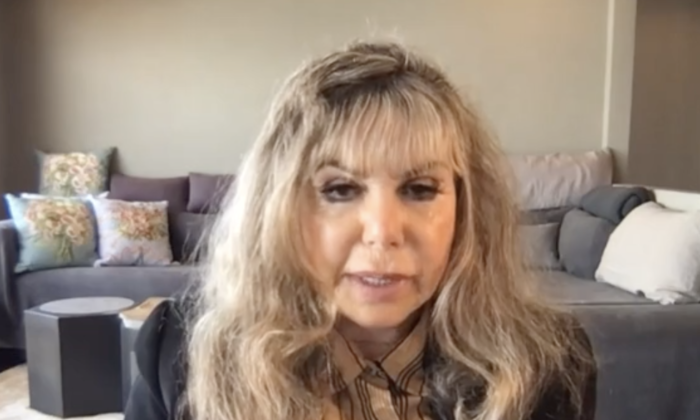 Carole Lieberman in an interview with NTD's Capitol Report, on April 23, 2022. (NTD/Screenshot via The Epoch Times)
US News

Psychiatrist Carole Lieberman, who holds a master’s degree in public health, hopes that Americans will learn from the draconian measures that the citizens of Shanghai, China, are being subjected to under the Chinese Communist Party (CCP). She warns that if Americans do not stand up for their freedoms, then authorities may take away more of our fundamental rights in the name of public health.

“Yes, China is the ultimate nightmare,” Lieberman told the host of NTD’s Capitol Report, Steve Lance, in a recent interview. “I hope Americans realize that if we keep being sheep and following all the rules, like the lockdowns and so on in America, we could end up like that.”

The citywide lockdown in Shanghai, China, started on April 1, after a partial lockdown began on the east side of the city on March 28. Currently, Shanghai residents say they are running short on provisions because of the lockdown.

Shanghai residents told the Chinese Epoch Times that they are facing a food crisis. Sealed inside their homes, many residents have taken to social media to plead for help as they are unable to obtain food. In addition, business activity has been severely disrupted, with delays in trucking and deliveries.

Here in the United States, Lieberman said that public health officials seemed to be motivated by power and money, specifically, allowing pharmaceutical companies to profit from the mass vaccine campaign. She said this is wrong because scientists do not know the long-term effects of the vaccines, especially on young children.

“[They are] even going further and saying that the kids have to have vaccines—little kids … It’s questionable what the research says in terms of adults, but there is no way that there could have been enough research in terms of kids because kids have organs that are still developing,” said Lieberman. “So, you don’t know what’s going to happen five years from now.”

Meanwhile, under the Chinese regime’s “zero-COVID” policy, people who test positive are sent to centralized quarantine, including the elderly and children. Reports have recently emerged that crying toddlers were separated from parents in quarantine facilities in Shanghai, sparking outrage over the strict measures.

Lieberman said she has read stories of the CCP using drones to relay messages to building residents, telling them to curb their desire for freedom.

“[The CCP has] been having drones and robots shouting out to people, you know, ‘control your soul’s desire for freedom, control your soul desire for freedom,’ because of the fact that people are protesting and some people are jumping off balconies, and kids are wearing hazmat suits, but you know, [the CCP is] trying to control the protests so that they don’t get out of control.”

Lieberman is critical of public health officials frightening the public into submission and warns that they could try it again if people don’t realize this and stop complying with unscientific rules.

“In America, I think it was a test run to see just how many Americans would become sheep and just follow blindly. It’s the fear, it’s the idea of generating fear that then causes people to just listen to so-called science or so-called arbiters of science, because people are scared.”