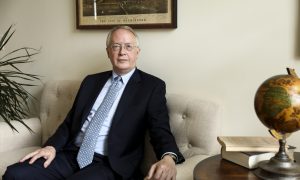 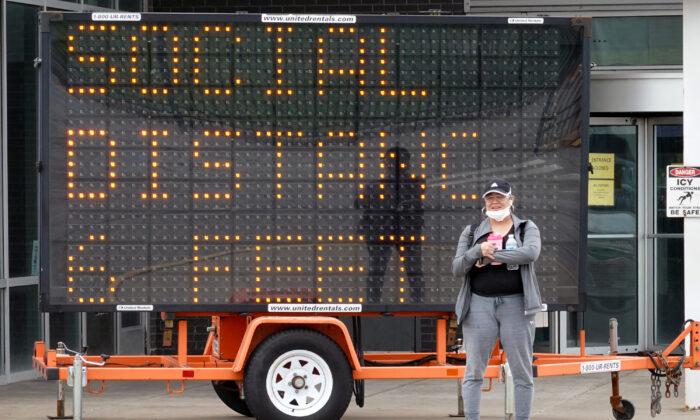 Researchers at the University of Colorado (CU) Boulder have found that with the CCP (Chinese Communist Party) virus dominating media coverage in recent weeks and months, large numbers of Americans have turned their attention away from worrying about climate change and the environment to focus on the global pandemic.

“If a threat seems physically distant, far in the future, too abstract or if we are just too distracted to notice it, our perception of risk declines,” senior author Leaf Van Boven, a professor of psychology and neuroscience at Boulder, told Science Daily. “Climate change is the prototypical example.”

Instead of using a questionnaire to ask a sample of the population what they were worried about, Van Boven and fellow researchers from CU analyzed Google search behavior to estimate public concern for the issue of climate change. The researchers found that as media coverage of the CCP virus increased, interest in other areas of public concern—including climate—had plummeted.

The most recent spike in U.S.-based Google searches on the issue of climate change came in late September 2019. Interestingly, the peak in interest coincided with the visit of then-16-year-old Swedish climate activist Greta Thunberg to the United Nations Climate Action Summit in New York, where she delivered a speech to world leaders.

Thunberg accused politicians of coming to young people for hope in the face of impending climate catastrophe before accusing global leaders of stealing her childhood and her dreams for the future with their “empty words.”

As the video of Thunberg’s speech spread on television and social media, web searches for the term “climate change” reached levels that analysts had not seen in years. At the end of 2019, Thunberg graced Time magazine’s cover as its ‘Person of the Year’—with the magazine claiming that it selects an individual based on how much they are perceived to have influenced events that year.

By the summer of 2020, however, Google analytics data showed that searches for information on environmental issues had reached new lows, as the CCP virus crisis monopolized headlines around the world.

Van Boven told Science Daily that directing one’s attention to an environmental risk for even a short period of time can make it appear to be more frightening and, thus, cause the observer to consider it to be more in need of resolution. “On the flip side,” Van Boven said, “if you are not actively paying attention, the risk seems less dangerous and less important to address.”

Previous research in the field of human behavior had shown that human beings have “a finite capacity for attention to risk,” the researchers said, with the human mind conditioned to prioritize one threat to human welfare at a time. Furthermore, humans tend to rely less on reason in determining the level of risk associated with a threat, but to lean on their intuitive perception of the risk at hand—or “how something feels in the moment,” Van Boven explained.

The researchers explained that as media coverage of the CCP virus has increased, other issues are no longer being prioritized in the minds of Americans. Study co-author, Kellen Mrkva, pointed to a recent Gallup poll showing that only 2 percent of Americans view climate change as the most important issue facing the nation—down from 5 percent of respondents in late 2019.

“Battered by pandemic and economic collapse, do Americans have the capacity to care about the environment? Not so much,” says Harris Poll CEO, Will Johnson, citing data collected by his organization.

According to Harris Poll research from December 2019, American adults judged climate change to be the “number one issue facing society,” said Johnson. “Today, it comes in second to last on a list of a dozen options, ahead of only overpopulation.”

Johnson said that more than a third of Generation X male respondents now say climate change is unimportant, though the issue remains a concern for retirement-age women and millennial men.

Johnson also noted with concern that when the CCP virus crisis comes to an end, American adults say they intend to return to modes of behavior—in terms of consumption, transportation and energy use—that will increase their carbon footprints.