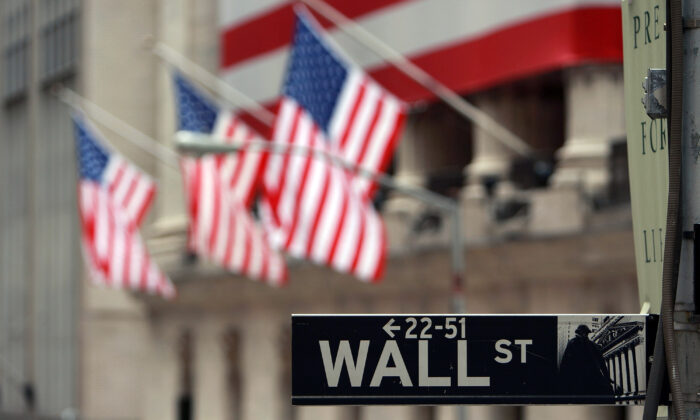 Americans Don’t Always Vote Pocketbook, nor Should They

“The economy, stupid.” James Carville, a campaign strategist for former President Bill Clinton, made that phrase famous in the presidential election of 1992. Then it was just a slogan; now, to many people, it has become a truism: The economy is all that really matters in elections.

Last year, talk show host Bill Maher told his audience: “One way you get rid of Trump is a crashing economy. So, please, bring on the recession.”

On the one hand, of course, that plan makes sense: If people are suffering, they will look for any kind of change, and if they are in economic straits, they’ll vote for candidates they think will improve their financial condition.

On the other hand, though, human beings are not preeminently concerned with economic or material issues; their highest concerns involve questions of justice. Those who elevate the slogan “Americans vote pocketbook” to the status of a self-evident truth fundamentally misunderstand human nature.

This misunderstanding is bipartisan. Many Republicans think President Donald Trump’s reelection is certain so long as the economy remains strong. Likewise, many Democrats think their candidate will be elected if they can persuade enough Americans that socialist policies such as “Medicare for all” are economically feasible.

It’s true that economic concerns are unceasing, even in the wealthiest nation in history. Nevertheless, Republicans and Democrats alike should know that people are moved fundamentally by higher claims of justice.

John Anzalone, who worked for former President Barack Obama’s campaigns in 2008 and 2012, told Democrats that to win middle-class voters in 2016, they should remember that “most people go into that voting booth and vote their pocketbook.” Further, many experts told voters stocks would crash if Trump won in 2016.

Yet Americans elected Trump anyway. In fact, Trump’s victory showed that voters were more concerned about the injustice of illegal immigration than they were about trying to raise the federal minimum wage or lower the cost of health care.

Accordingly, don’t be surprised in 2020 when millions of Americans vote for a Democratic presidential candidate simply because that person is #AnyoneButTrump, even if they know that candidate will raise taxes and damage the economy. People want to vote for someone who represents their understanding of justice, and no one offends the Progressive ideal of justice quite like Donald J. Trump.

Americans aren’t unique in this respect. For all people, concerns for financial security are more immediate, but concerns for justice—however they understand justice—are preeminent.

For example, generations of China experts believed wholeheartedly that if GDP and the standard of living rose significantly in China, then the country would democratize and become a more open, liberal society, interested only in increasing its wealth. The opposite has happened. China is wealthier but more totalitarian now than it has ever been.

China demonstrates an important lesson: Every kind of regime is an instantiation in law of some idea of justice. The Chinese Communist Party imposes on the Chinese people a certain view of justice that legitimizes its own rule, and the Party is much more concerned with maintaining its hold on power than with making average Chinese people wealthier for their own sake.

The Preeminence of Justice

In perhaps the first book ever written explicitly on politics, Aristotle distinguishes human beings from animals by pointing out that only humans can speak. Animals, he says, indeed have voice, and they use it to indicate pain and pleasure. Only humans, though, have the faculty of speech, by which they communicate opinions about what is advantageous and disadvantageous, just and unjust.

Because humans have this capacity in their nature, Aristotle describes man as “a political animal.” In other words, man was made to live in a community with others with whom he can converse and discuss issues of greater nobility and importance than mere survival and material interests. Only animals are utterly concerned with their physical well-being.

Some conservative scholars claim that America’s founders believed that humans are concerned with self-preservation above all else. Thus, they think the American government was designed to encourage citizens to elevate base economic rights and cares above noble duties and virtues.

In fact, the founders understood that economic and material concerns are necessary in order to have a stable political community, but they believed that such stability is important because it allows citizens to pursue their higher desires for excellence and nobility—in a word, happiness.

Like Aristotle, the founders believed that the purpose of government includes providing the conditions that make possible “the pursuit of happiness,” not merely the struggle for survival.

George Washington put this beautifully in his first inaugural address, “There is no truth more thoroughly established, than that there exists in the economy and course of nature, an indissoluble union between virtue and happiness, between duty and advantage, between the genuine maxims of an honest and magnanimous policy, and the solid rewards of public prosperity and felicity.”

Don’t make a principle out of expecting people to vote purely for pocketbook issues. Often they won’t.

Republicans should criticize socialists’ policies not simply because those policies might be impractically expensive, but because they are inherently unjust.

In other words, as James Madison wrote, we should elect those “whose wisdom may best discern the true interest of their country, and whose patriotism and love of justice, will be least likely to sacrifice it to temporary or partial considerations.”