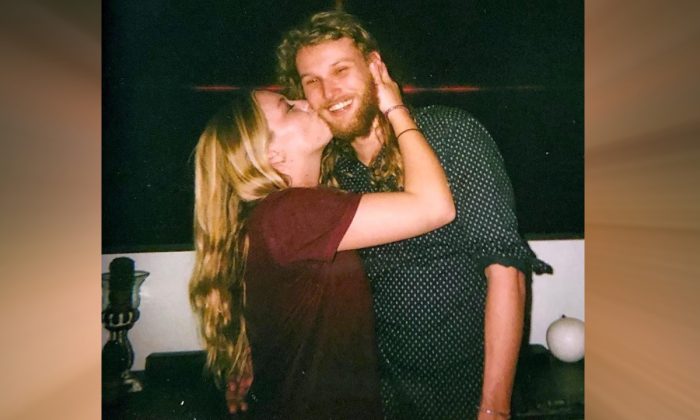 A picture of Chynna Deese and Lucas Fowler released by the Fowler Family. (NSW Police Force)
Crime and Incidents

This tragic story can shock two continents and three countries—an American woman and her Australian boyfriend on a world tour were shot dead by a serial killer on the Alaska highway in rural Canada.

The bodies of 24-year-old Chynna Deese and Lucas Fowler were discovered on the Alaska Highway in British Columbia on July 15, reported the Daily Mail.

Deese was a recent graduate from Appalachian State University and was working as a bartender, according to her profile on Couch Surfing.

Her sister, Kennedy Deese took to Facebook to express her feelings. “It is with overwhelming sadness that I share my sister Chynna and her beloved boyfriend Lucas were recently found deceased, homicide victims along a remote stretch of highway in Canada while on a road trip.

“No further information is available at this time, please do not ask. They were bright and beautiful souls. We are all still in shock and heartbroken,” wrote Kennedy.

Daily Mail reports that the couple’s blue minivan had broken down and a witness had talked to them by the side of their broken vehicle on Sunday afternoon. Their dead bodies were recovered the next day at 7 a.m. Police are yet to release details of what happened in this span of time.

Deese’s brother, British Deese, told the Daily Mail that the couple had met in Croatia and was working on a ranch in Canada before he and Deese began traveling.

He said the couple was a “perfect match” and Fowler “came to be a part of the [Deese] family.”

Fowler was the son of a senior New South Wales Police officer, according to a statement by his father’s police department.

A statement from the Fowler family has been posted on the Facebook of the New South Wales Police Force.

“We have lost our dear Lucas Fowler, son, brother, grandson, and friend in the most terrible of circumstances. To lose someone so young and vibrant, who was traveling the world and just enjoying life to the full, is devastating,” it said.

The Fowler family said it’s traveling to Canada to bring their son home. They offered their condolences to Deese’s family.

“To know his beautiful girlfriend, Chynna Deese of Charlotte, North Carolina also lost her life in this violent event is too cruel. All our love and best wishes go to Chynna’s family and friends,” said the Fowlers.

The investigation is ongoing and the Canadian Police have asked the public for any information they may have about the case.

The region through which the slain couple were traveling through is called the “Highway of Tears.”

“There is still much debate over the exact number of women who have gone missing in northern BC, but many people living in the north believe that the number exceeds 30,” said the website.

Rank quotes unofficial estimates and said 50 women have disappeared on the highway.

The youngest victim on the Highway of Tears was 12-year-old whereas the oldest was 33-years-old, according to rank. Most of the slain were hitchhikers.