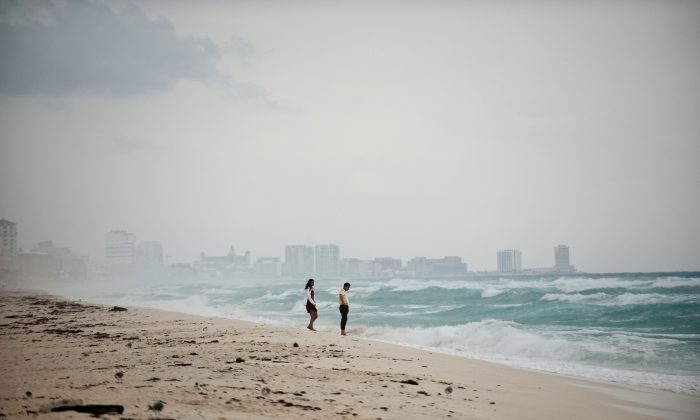 The family of a Wisconsin woman is claiming that she died while drinking a tainted alcoholic beverage while on vacation, according to a new lawsuit.

Abbey Conner, 20, of Pewaukee, was staying at a luxury resort in Playa Del Carmen in 2017 when she and her brother, Aaron, were allegedly given a shot of liquor. They took the shot with a group of people.

Aaron, 22, told officials that he woke up inside an ambulance when he regained consciousness, but he didn’t know what happened, reported the Milwaukee Journal-Sentinel on Nov. 28.

Local Mexican officials later told their parents that Abbey was found in the Iberostar Paraiso Del Mar pool, unresponsive, and floating face down. Staffers told her parents she was rushed to a hospital after a guest reported two people drowning on the hotel’s premises.

When Abbey’s parents arrived at the hospital, they saw her on a ventilator. She was taken to another hospital in Cancun before hospital officials demanded the family pay $6,300 and make a $10,000 deposit before she could be moved, the Journal-Sentinel reported.

Instead, Abbey was rushed to a trauma center in Fort Lauderdale, Florida, hundreds of miles away. Doctors informed her family that her brain no longer functioned, and the paper reported that her death was ruled as an accidental drowning.

In the new lawsuit, her parents claim the hotel and Visit Us, the hotel’s U.S.-based booking company, are liable in her death. Alcohol “unfit for human consumption” was being served there, they said.

Iberostar and Visit Us, “knew that alcoholic beverages being served at the Hotel Iberostar Paraiso del Mar were tainted, substandard, poisonous, unfit for human consumption and/or otherwise failed to meet bare minimum standards for food and beverage safety,” and it did not do its “duty to protect Abbey against risks of physical harm,” the suit claims. The lawsuit was filed in a circuit court in Florida.

“I think it’s about time that somebody is held responsible for something that has been going on for far too long,” said Bill Conner, her father. “We’re looking for justice for my daughter and for others behind us that have never been vindicated.”

Bill Conner told ABC News last year: “We’re lucky we didn’t lose both of our kids. … She was healthy, but for some reason, she drowns in a pool. Waist deep … it’s unbelievable.”

Attorney Gary Davidson, who is representing the family, said it is unusual that both Abbey and her brother lost consciousness after a few drinks.

“There’s a big difference between being drunk and losing self-control,” he told the paper this week. “Combine that with what we know has happened in the Playa del Carmen area over the last few years. … Clearly there is a fundamental problem, or there was at the time when Abbey died, as a result of having consumed this concoction, whatever it was, which was portrayed as normal alcohol, which it was not.”

Several months after the woman’s death, Mexican officials seized 10,000 gallons of illicit alcohol from two resorts in Cancun and Playa del Carmen, where Abbey was served the bad booze, according to the New York Post.