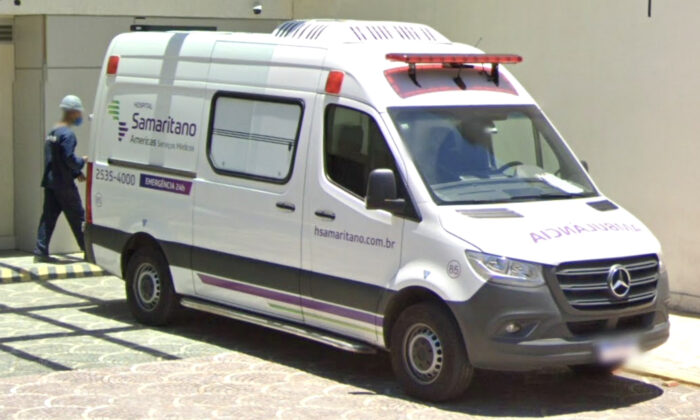 An ambulance outside Hospital Samaritano Botafogo in Rio de Janeiro, Brazil, in November 2021. (Google Maps/Screenshot via The Epoch Times)
Americas

American Tourist Dies in Rio After Being Hit by Stray Bullet

RIO DE JANEIRO—An American tourist died in Rio de Janeiro on Friday, three days after he was shot during a confrontation between local drug dealers and vigilantes.

The U.S Consulate in Rio and hospital Samaritano Botafogo confirmed Trey Barber’s death in separate statements. The consulate did not offer more details due to family privacy issues.

Barber was initially identified by police and the hospital as 28-year-old Joseph Trey Thomas. He was shot in the neck in an apartment in Northern Rio.

Police said Barber was visiting a friend when he was shot. Brazilian media reported he was in Rio on vacation since July and taught Portuguese language classes in Los Angeles.

According to Instituto Fogo Cruzado, which counts shootings in several Brazilian cities, 116 people were shot in Rio’s metropolitan area in 2021. Twenty four of them died.