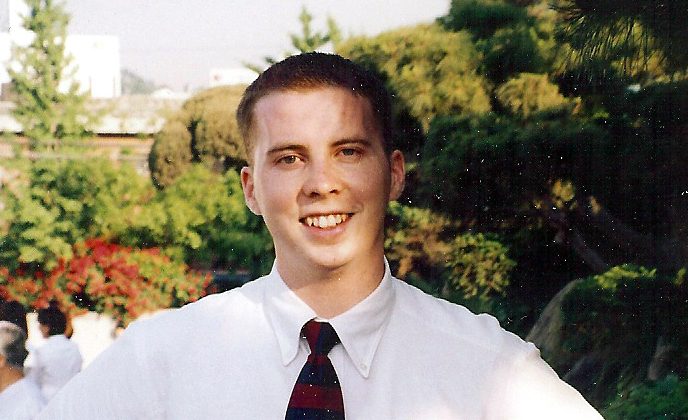 American student David Sneddon who got lost trekking in China was likely kidnapped by North Korea, his family says, pointing to a lineup of circumstantial evidence.

The 24-year-old student of Brigham Young University got lost in August 2004 on a lone sightseeing trek in South China’s Yunnan Province.

Chinese authorities told the family David plunged to his death in Tiger Leaping Gorge. But for his family, that didn’t add up. David was an experienced hiker fluent in Korean and solid in Mandarin. Of Mormon faith, he’d just returned from a mission in South Korea and was used to traveling alone in remote lands.

His father, Roy, and brothers, Michael and James, decided to retrace David’s footsteps in September 2004. They traveled to the area where David was last spotted, talked to the locals, and found at least eight people who clearly remembered David—a Westerner speaking fairly good Mandarin was hard to miss.

But then, in 2016, David’s name reemerged—he was abducted by North Korea, according to Choi Sung-yong, head of South Korea’s Abductees’ Family Union, an organization of families whose loved ones were kidnapped by North Korea.

Though unverified, the account isn’t too far-fetched. North Korea has been known to kidnap foreigners, mostly South Koreans or Japanese, but people from other countries are also believed to be held captive in the isolated, Stalinist regime’s notorious labor camp system.

Sneddon’s case was highlighted by the recent death of Otto Warmbier, an American student that was arrested in North Korea for trying to steal a propaganda banner and was returned to the United States in comatose state just days before passing away.

Sen. Mike Lee (R-Utah) and Rep. Chris Stewart (R-Utah) sent a letter on June 26 asking President Donald Trump to have the administration look into the possibility that Sneddon was indeed kidnapped in North Korea.

“The tragic death of Otto Wambier last week illustrates the continued danger that North Korea poses to Americans in the region as its government tries to gain an asymmetric advantage and diplomatic leverage over the United States and our allies. North Korean leaders should be held accountable for this deplorable crime and deterred from harming Americans citizens in the future, including harm to the three we know to be in captivity now.”

Trump is scheduled to meet with South Korean President Moon Jae this week.