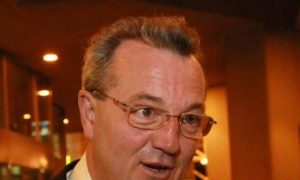 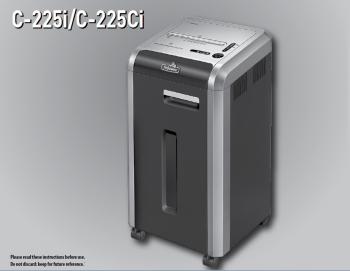 HARD TO COME BY: The 'C-225i 100% Jam Proof Strip-Cut Shredder,' which can handle CD-ROMS, credit cards, paperclips, and handfuls of paper at a time, is one of the items in 'limited supply' after the forced takeover in China. (Fellowes Inc.)
China

Fellowes, American Stationery Giant, Brought to Its Knees in China

There are few paper shredders in the world that can rip an A4 piece of paper into 2,000 pieces, and come with functions like SilentShred, SafeSense, and “100% Jam Proof”—and most that do have the name “Fellowes” printed on top. But consumers may soon be able to buy, say, the deluxe Powershred C-480Cx, without the Fellowes brand, because the company’s entire business in China has been stolen by its joint venture partner.

Over 1,600 workers at the joint venture facility in China turned up one day in August last year to find that the factory gates were locked, trucks had blockaded the entrances, and a group of rough-and-ready enforcers were telling them to move on.

And some days later, in the dead of night, a truck entered the facility and stole some of the million-dollar manufacturing tools used to make the shredders, some of which weigh several tons. The joint venture partner “proceeded to destroy our business,” according to James Fellowes, the CEO, at a Congressional Hearing on March 31.

Now on the Fellowes Inc. company website several of the personal shredders and all of the commercial shredders are accompanied by a “Limited Supply” icon, and a note by James Fellowes, CEO of the firm, humbly apologizing that the company “is unable to produce some of its shredders which are made in our primary manufacturing operation in China.”

Fellowes’ paper shredders are a US$168 million business, and when the company was taken over in China it lost US$100 million, according to Fellowes.

James Fellowes is the third generation owner, a descendant of Harry Fellowes who started the company in 1917 with $50 making Banker’s Boxes. Before the recent takeover in China the company employed 2,700 workers in 16 countries, including 625 in the U.S.

It introduced its patented line of paper shredders in 1982, and in an attempt to cut costs it was an early entrant to the China manufacturing scene.

Fellowes, the man and the company, won’t talk about the case except for a public Congressional testimony. But The Epoch Times spoke with a number of people familiar with the matter, under condition of anonymity because of political sensitivities involved.

In 1998 a former Fellowes employee struck a deal with a company called Jinsen, in Changzhou, China, to manufacture paper shredders. Later a second business, called Jinxun, was formed. In the beginning they made a cheaper line of shredders.

Both companies are owned by the Zhou family, specifically the two brothers Zhou Liqun and Zhou Licheng. The Zhou’s are well connected politically.

Joint ventures are one of the ways that foreign firms can do business in China, often understood as the price of market entry. The Chinese side typically provides the land, labor, and local contacts, while the foreigners provide the tools and know-how.

The two manufacturers, Jinsen and Jinxun, would continue churning out shredders with the Fellowes’ name, using Fellowes’ proprietary machinery, while Fellowes controlled both those companies because it appointed the management, according to the terms of the joint venture agreements.

With business stable, Fellowes poured money into research and development in the United States and China, upgrading the engineering finesse that makes the products “The World’s Toughest Shredders.”

Things went smoothly for three years. High-quality shredders flowed out of Changzhou and money flowed into Illinois. The joint venture also stipulated the generous remuneration of over 100 percent on investment, every year, paid on time to Shinri, according to people familiar with the details of the contract.

At the height of the enterprise Jinsen was making tens of millions of dollars and was allowed to use new product designs and technologies for free. Over 1,600 people were employed.
Read More: Hostile Takeover

Things went sour in late 2009. The brother Zhou Licheng, after a power struggle, took over as chairman from Zhou Liqun, who had shepherded the initial joint venture with Fellowes; Zhou Liqun later left the company.

Soon after, Zhou Licheng attempted to force through a series of radical changes to the contract, which would have shifted power, control, and profits to the Chinese side. It was an effort to “extort more profit and ultimately control Fellowes’ global shredder business,” according to Fellowes’ testimony.

These included, beginning in early 2010, illegally seizing the company seal and business license to control all legal transactions, trying to force Fellowes to hand over its 100 percent-owned assets to the joint venture, including its production tools, which are the intellectual property of Fellowes.

Zhou also insisted that Fellowes assign to the joint venture other business interests it had in China; he tried to raise the prices on the products by 40 percent; demanded that Fellowes invest an additional $10 million into the business; and he cut a $3 million payment dividend. When Fellowes demurred from carrying out those demands, he escalated the pressure.

The dramatic moment was in early August 2010, when Zhou, under the aegis of Shinri, blocked the gates of the joint venture facility with security guards and trucks, preventing people from going in and goods going out, effectively shutting down production. Shinri expelled and confined the managers, moved funds from the joint venture to a Shinri-controlled bank account, sent packing the 1,600 joint venture employees, and at night, drove a truck into the facility and stole Fellowes-owned injection molding tools, some of them weighing several tons.

The worth of the products already manufactured and blocked—what Fellowes in his testimony said are “feature-rich, IP-protected”—is $100 million. This includes 70,000 completed paper shredders, going to rust in the factory.

Shinri also won’t let Fellowes recover the over 1,000 custom molding tools, the fruit of decades of refinements of engineering designs, worth $10 million. And it is most probable, according to people familiar with the matter, that Zhou intends to obtain these high-value items in a fire sale enforced by the local court that he has influence over.

Because the shipments were blocked, the joint venture was unable to pay its suppliers—the 120 odd Chinese businesses that deliver all manner of metals and plastics that are the makings of the shredders. So 80 of these suppliers sued, and the joint venture became insolvent.

The Changzhou Intermediate Court has started proceedings to liquidate the joint venture, auction off all its assets, including the equipment, land, molding tools, and those unshipped shredders, to satisfy the debts of the joint venture accrued as a result of Shinri’s activities.

On the U.S. side several Congressional representatives have written letters on behalf of the embattled company.

The first was from Congressmen Don Manzullo, Eni Faleomavaega, and Peter Roskam, in November of last year. Chinese Ambassador Zhang Yesui initially ignored this letter. He responded four months later, in January, after the letter was sent again, this time with the additional imprimatur of Senator Dick Durbin, the assistant majority leader.

A second letter went out from Congressman Manzullo to Secretary of State Clinton; she said she was aware of the case. That was in January, just before Party leader Hu Jintao arrived in the U.S. More letters were sent in February, to the U.S. Trade Representative, U.S. consular officials in China, officials in Chinese government departments, the Mayor and Vice-Mayor of Changzhou city, and the Chinese ambassador in the United States, according to people familiar with the lobbying campaign.

But for all the letter writing, little has been done. “The Chinese government has failed to do anything to protect the rights of this investor in China,” Mr. Manzullo said at the congressional hearing. “We’re really at loggerheads with the Chinese government to get them to recognize the valid rule of law.”

He added: “It’s so troubling that we’re still dealing with so many problems a decade after China’s accession to the WTO.”

Another congressman, Ed Royce, present at the hearing, said: “I don’t think quiet diplomacy is working, we’re going to have to find another strategy.”

Part of the reason that the barrage of mail has come to no effect may have to do with the privileged political relationships enjoyed by the Zhou family. Individuals familiar with the case who spoke to The Epoch Times said they had heard anecdotes about how Zhou had strong political connections. Simple search forensics on the Chinese-language Internet seem to validate such anecdotes.

Shinri, and the Zhous’ holding company New United Group, are significant enterprises in China and have attracted regular visits and praise by high-level Communist Party leaders.

A long list of Communist Party luminaries have toured the factory and heaped praise on Shinri’s achievements. Often, Chinese managers and low-level officials prominently display these visits as a way of advertising their connections and ability to network—called ‘guanxi’ in Chinese—with high-level cadres.

Visiting apparatchiks include powerful men like Minister of Public Security Meng Jianzhu, future Premier of China Li Keqiang, current Premier of China Wen Jiabao, propaganda czar Li Changchun, and the local Shanghai Party boss, among many others. An unnamed “expert” from the 863 Program, a centrally coordinated scheme which aims to make China independent from foreign sources of technology, also dropped by, according to Shinri’s website.

Li Keqiang visited in August of 2010, the same month that Shinri impounded Fellowes’ equipment in China. He urged Shinri to continue “working hard” in making “new contributions to the nation’s manufacturing industry.”

When a delegation from Party central visited the firm in September 2009, a local newspaper said of Shinri: “as a manufacturer of advanced equipment, they are a successful model.”

Because Fellowes’ joint venture in China went bankrupt after shipments were blocked, the Changzhou Intermediate Court has begun liquidation proceedings.

But this violates a crucial clause in the joint venture contract, according to people familiar with the matter.

The joint venture agreement stipulated that in the event of managerial disputes, there would be recourse to arbitration. Arbitration is an independent process that aims to resolve business disputes amicably and before they reach litigation, which can come with exorbitant costs.

But the court is ignoring this clause possibly at the influence of Zhou, these people said; as a local powerbroker it is in Zhou’s interest that the case proceed in Changzhou.

The court has also prevented lawyers in China retained by Fellowes to participate in the proceedings, which is “crazy” by American standards, according to people familiar with the matter. Some of those restrictions were later loosened.

Congressmen writing letters on behalf of Fellowes are now trying to prevent the auction from going ahead. If it does, all the assets of the joint venture, including Fellowes’ molding tools, as well as the 70,000 shredders sitting inside the facility, would go to the highest bidder.

And since such an auction would almost certainly not be independent and fair, people familiar with the matter said, this would potentially allow the Zhou family to pick up the equipment on the cheap.

Fellowes has mostly written off the China business, and is starting another manufacturing facility in Illinois.

Meanwhile, Shinri, or the New United Group, appears to have begun using some of the tools it stole to manufacture its own paper shredders. The Epoch Times, in scouring the Chinese-language Internet for traces of the companies’ activities, discovered a multitude of pages that appear to show this.

On one, a Chinese Wikipedia-like website updated in July 2010, lists “American Fellowes” as New United’s partner for producing paper shredders. Other pages introducing New United and its products, some from early 2011, have the word “Fellowes” removed, but contain numerous references to the sale of simply “paper shredders,” which New United never made previously.