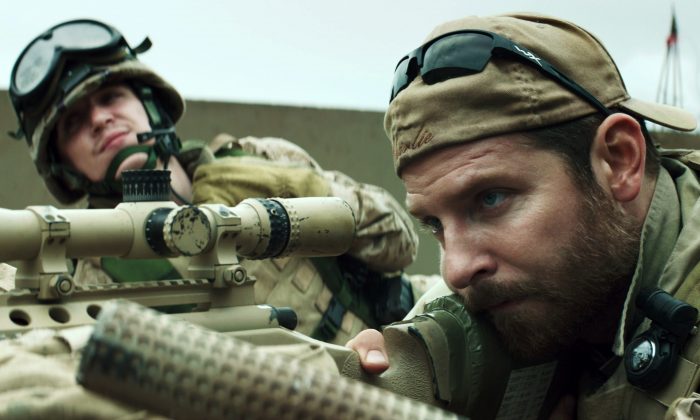 ‘American Sniper’ Was Pulled from a Theater. You Might Be Able to Guess Where

“American Sniper” has broken records for a war film–outdoing “Saving Private Ryan”–but there’s one place that won’t show the film, and it’s not surprising.

The only theater in Baghdad, Iraq, pulled the Clint Eastwood-directed movie recently, according to the Washington Post. The Iraq Interior Ministry said it “insulted Iraqis.”

It’s not surprising as the film deals with a U.S. sniper who killed more than 160 during four tours during the Iraq war. The controversial movie has generated more than $250 million in the U.S. and Canada.

“It glorifies Americans and makes Iraqis out to be nothing but terrorists,” teacher Ahmed Kamal told the Washington Post. He said he downloaded the movie through a pirate website.

“I wasn’t prepared to spend money to see it,” he added. “It portrays Americans as strong and noble, and Iraqis as ignorant and violent.”

Other Iraqis said the movie left out how Iraqis helped American soldiers deal with terrorists and insurgents.

“The film makes out that all Iraqis are terrorists — men, women and children,” said another, “whereas, actually, there are some people who loved the Americans and wanted them to stay to help rebuild our country. The movie didn’t show any of them.”

The movie’s star, Bradley Cooper, recently said the debate and controversy over “American Sniper” in the U.S. mostly ignores the plight of war veterans.

“We looked at hopefully igniting attention about the lack of care that goes to vets,” Cooper was quoted by the New York Times as saying.

“Discussion that has nothing to do with vets or what we did or did not do, every conversation in those terms is moving farther and farther from what our soldiers go through, and the fact that 22 veterans commit suicide each day.”

Cooper added that quite a few soldiers come back from conflicts with psychological problems. “We need to take care of them,” he said.