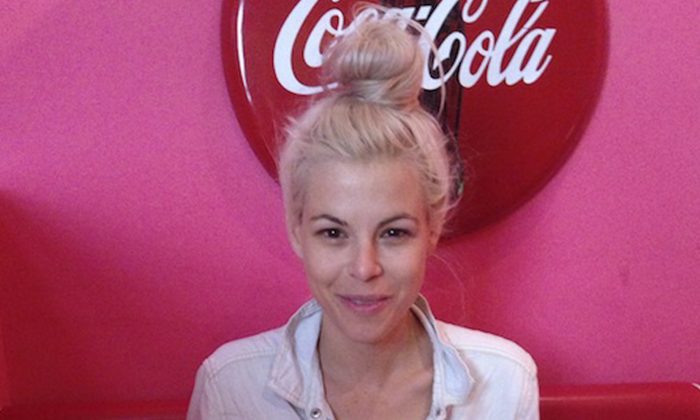 This undated image shows 35-year-old U.S. citizen Ashley Olsen. An Italian prosecutor says an autopsy has determined that an American woman, whose nude body was found last week in her Florence apartment, was strangled with an object, likely a rope or noose. Prosecutor Giuseppe Creazzo cautions more time is needed to establish the time of death for Ashley Olsen, a 35-year-old U.S. citizen who lived in Florence for about three years. (The Florentine/Courtesy of Ashley Oslen friends via AP)
Europe

FLORENCE, Italy—An American woman found dead in her Florence apartment had been brutally beaten and strangled, Italian prosecutors said Thursday. They suspect a Senegalese man she met at a disco who was detained after authorities received “decisive” DNA evidence from a condom and cigarette butt and he was found using her cell phone.

Cheik Tidiane Diaw, a 27-year-old who had arrived in Italy from Senegal in recent months, was arrested early Thursday at his brother’s apartment and is being held on suspicion of aggravated homicide, Florence chief prosecutor Giuseppe Creazzo told a news conference.

Street-mounted security cameras and witnesses reported that Diaw and Ashley Olsen, 35, had left Florence’s Montecarla nightclub in the early hours of Jan. 8 and went to her home.

Once there, they had consensual sex. But sometime afterward, Olsen’s skull was fractured in two places with blows so violent they alone could have killed her, Creazzo said. She was subsequently strangled, apparently with a cord or rope.

Olsen’s naked body was discovered the following day by her Italian boyfriend, who asked the apartment’s owner to let him into the apartment because he hadn’t heard from her in a few days, authorities have said.

Creazzo said Diaw had offered “substantially admissive” testimony in response to the accusations during a preliminary interrogation that lasted until 4 a.m. Thursday. Diaw has not been charged.

Police detained Diaw after DNA analysis came back from a used condom and cigarette butt found in Olsen’s toilet, as well as biological samples taken from under her fingernails that belonged to Diaw, Creazzo said.

Investigators matched that evidence with a DNA sample taken from a cigarette Diaw smoked while being questioned at the police station, prosecutors said.

Diaw was also tied to the crime because he had taken Olsen’s cellphone, put his own SIM card in it and used it, Creazzo said.

“We have gathered serious indications of guilt against him,” Creazzo said, adding however, that a judge must confirm the arrest.

Prosecutors didn’t say whether Diaw had a lawyer or had been assigned a court-appointed lawyer.

Creazzo said Diaw had arrived in Italy illegally a few months ago to join brothers who had been there for some time. He told investigators he was working odd jobs, handing out flyers for local nightspots.

Authorities have been at pains to not jump to conclusions in the case, given the intense international media interest that harks back to the Amanda Knox case. Knox and her Italian boyfriend were convicted in the 2007 death of her British roommate. They were then acquitted, convicted again and finally exonerated after an eight-year saga that cast a poor light on Italy’s police and investigative magistrates.

Creazzo seemed almost apologetic that he hadn’t been able to provide more information before Thursday’s arrest. But he said that since Diaw was in Italy illegally, police would have had little hope of finding him if he had been tipped off that police were closing in on him and tried to flee.

Olsen moved to Florence a few years ago and was active in the expatriate arts scene. Her father is a professor at a local design institute.

A funeral was scheduled for Friday afternoon at the Santo Spirito church in Florence’s Oltrarno neighborhood where Olsen lived. Friends say the church steps were a favorite hang-out spot for Olsen, her friends and her beloved beagle, Scout.