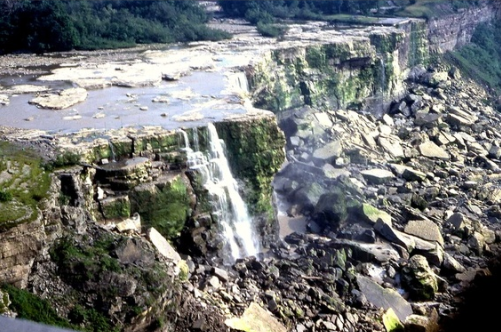 The United States side of Niagara Falls will be completely dry within three years, according to a new “dewatering” plan.

The versions will be presented on January 26 at the Niagara Falls Conference Center, with two of the three plans including a temporary shutdown of the American falls.

The “dewatering” last happened in 1969, enabling scientists to study the effects of erosion and buildup of rock at the base of the falls.

People came from all over the world to see the falls turned off, said former Niagara Falls city historian Michelle Kratts.

“It’s the nature of curiosity. You want to see what’s underneath, to see its skeleton,” Kratts told Buffalo News.

Workers back then found two bodies, millions of coins, and a number of military artifacts, among other curiosities.

The proposals are needed because the two stone arch bridges–one from the mainland to Green Island and the other from Green Island to Goat Island–are deteriorating, even after being stabilized in 2004 after one of the bases collapsed.