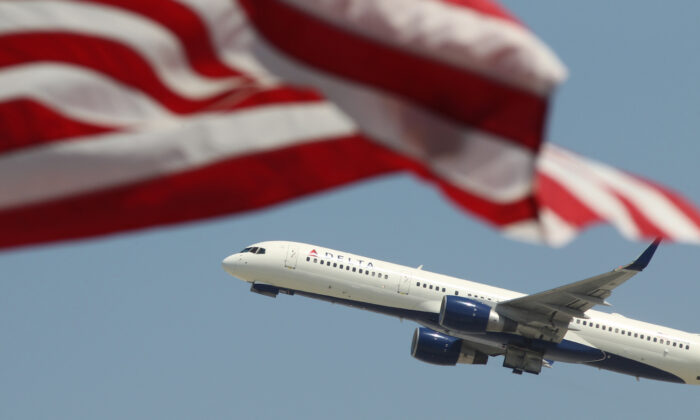 Two American siblings blocked from leaving China since 2018 were allowed to return to the United States over the weekend, shortly after Canada released Huawei chief financial officer Meng Wanzhou.

Cynthia and Victor Liu, both American citizens, returned to the United States on Sept. 25 after more than three years, after China lifted an “exit ban” on the pair. Although they had never been accused of wrongdoing, they had been for years prevented from leaving the country.

According to reports, Victor Liu, a student at Georgetown University, and Cynthia Liu, a consultant at McKinsey & Company, had traveled to China along with their mother, Han Tong, in mid-2018 to visit an ailing relative, but were then barred from leaving the country in an apparent bid to pressure their father, Liu Changming, a high-profile Chinese fugitive, to return to China, where he is wanted on charges of money laundering. Han was detained after arriving in China.

Chinese Foreign Ministry spokesperson Hua Chunying defended the exit bans as legal and necessary to the investigation into their parents’ cases.

“Chinese police, in order to find out the truth, restricted their exit from China,” Hua said at a daily briefing on Sept. 28.

David Pressman, a former U.S. government official and the attorney who led the siblings’ case, said in a statement on Sept. 28 that “at long last, two young Americans are back home in America, once again able to enjoy the daily blessings of freedom we all too often take for granted in this country.”

“After years of painstaking and difficult work by many people, it was a privilege to be able to finally embrace Victor and Cynthia and welcome them home,” he said, according to CNN.

The State Department said in a statement that the United States opposes the use of “coercive exit bans against people who are not themselves charged with crimes” and will continue to “advocate on behalf of all American citizens in [China] subject to arbitrary detention and coercive exit bans.”

The Epoch Times has contacted the department for additional comment.

Justifying the Lius “exit ban,” Hua cited Chinese administration laws which state foreigners can be prevented from leaving if they are “sentenced to criminal punishments, the execution of which are not completed, or suspects or defendants in criminal cases, except those who are sentenced and transferred under relevant agreements between China and foreign countries.”

The ban was an “independent judicial act” based on China’s “rule of law,” Hua said.

“Anyone, regardless of nationality, as long as suspected of illegal crimes should be prohibited from leaving the country in accordance of the law and the Chinese law enforcement agencies will deal with it in accordance with the law,” she said.

It wasn’t clear whether any of those conditions applied to the Lius.

The lifting of the exit ban came shortly after Meng Wanzhou was allowed to leave Canada on Sept. 24.

In a joint statement, Sens. Edward J. Markey (D-Mass.) and Elizabeth Warren (D-Mass.) praised the return of the Liu siblings, saying that they were “being held in China as pawns for the Chinese government.”

They said they would work with the Biden administration to secure the release of their mother.