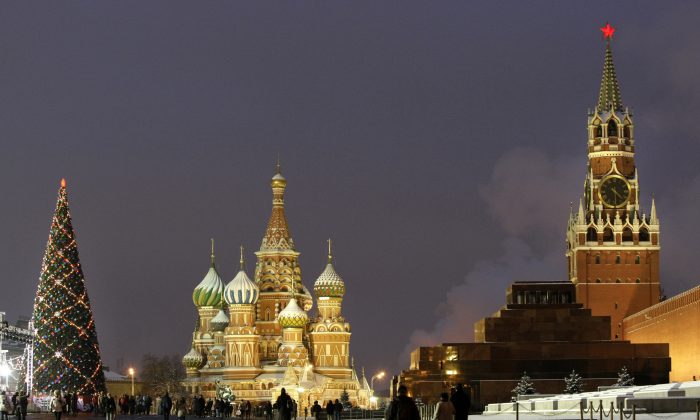 MOSCOW —The MacArthur Foundation, a prominent American non-governmental organization that has operated in Russia for more than two decades, announced Wednesday it was leaving Russia because of the government’s crackdown on foreign groups.

In a statement, the foundation said it has decided to close its office in Russia because of the new laws and the implications for its staff in Russia. The organization has funded projects to further education and raise awareness of human rights abuses.

“The recent passage and implementation of several laws in Russia make it all but impossible for international foundations to operate effectively and support worthy organizations in that country,” the statement said.

President Vladimir Putin in May signed a bill giving prosecutors the power to declare foreign and international organizations “undesirable” in Russia and shut them down if they threaten Russia’s defense or constitutional order. Russia’s upper house of parliament this month urged authorities to investigate whether some prominent foreign organizations, including MacArthur, are a threat to Russia.

The foundation’s decision to leave comes as suspicion and antipathy toward the West grows in Russia, as officials and state media allege other countries are trying to force Putin from power and block Russia from re-establishing itself as a world power.

Russian state media has named the MacArthur Foundation as a front being used by the U.S. government to foster opposition in Russia and topple Putin’s regime.

MacArthur on Wednesday insisted it was “entirely independent of the United States government and receives no funding from it.” The group, which has worked in Russia since 1992, says it has awarded more than $173 million in grants here.

“It’s a loss for the civil society, for people living in Russia,” she said. “But I understand why they decided to leave: they are simply not allowed to operate here.”