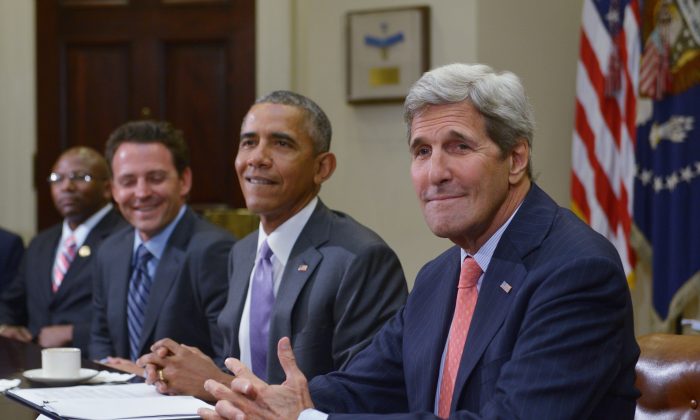 President Barack Obama (2R) and Secretary of State John Kerry (R) hold a meeting to discuss the Iran nuclear deal at the White House on Sept. 10. (Mandel Ngan/AFP/Getty Images)
US

American Negotiator: US Ready to Discuss Syria With Iran

WASHINGTON—The top U.S. negotiator for the Iranian nuclear deal says the Obama administration is ready to open a dialogue with Iran about the situation in Syria.

Sherman said such talks “make sense” in the context of current developments in the Syrian conflict. Iran is a main supporter of Syrian President Bashar Assad, along with Russia, and the administration has long called for it to end that backing.

Sherman, who is stepping down next month, also said Assad may be able to remain temporarily in a transition that leads to a new government.