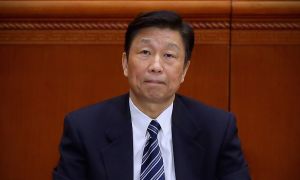 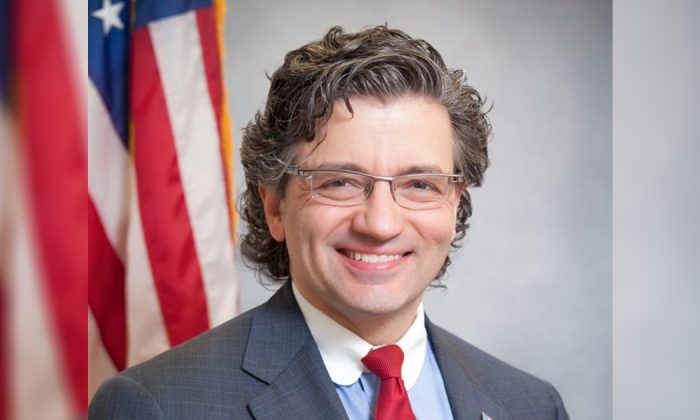 An American Muslim reformist is calling for clear boundaries to be set between places of worship and the state in a bid to tackle radical Islamist ideology.

Dr. Zuhdi Jasser, a practicing Muslim and physician, believes that Muslims have a role to play in standing up to the current Islamist establishments to help prevent radicalization, he told 2GB Radio on March 12.

“Radicalization is a long process,” Jasser said. “The beginning process is a separatism where groups, leaders, imams start to tell our communities that this country is against them, that they’re victims.

“They become basically estranged. Then that separatism consciously turns into a sense of trying to find redemption … and they develop a cause that they want to die for, which is jihad.

Jasser said that while some radicals remain non-violent, others become violent and “not only wear the jersey but want to get on the field and begin to kill others through joining groups like al-Qaeda, ISIS and others.”

This is why Jasser co-founded the Muslim reform movement, for which he is currently visiting Australia to introduce for the first time.

Excited to learn, share and get to know the country and our western brothers and sisters across the Pacific pond. #AustraliaTour2019 @VickiePolitics
See: https://t.co/kexnxBEVna@AIFDemocracy @TheMuslimReform @ReformThisRadio

Jasser was born in Wisconsin and served the U.S. Navy as a former lieutenant commander. He is also the author of ‘A Battle for the Soul of Islam,’ and founder of the American Islamic Forum for Democracy (AIFD).

A committed American patriot, Jasser revealed that his Syrian refugee parents always taught him to be proud of the United States.

“We see all these jihadis wanting to die for jihad. My family taught me that the only thing I’d ever want to die for is the United States, the constitution, and a people that provided us the freedom to choose whichever pathway of faith, of personal freedom, and business that we wanted to and not be forced by the theocracy or by government,” he said.

Jasser is encouraging his fellow Muslims to help prevent radicalisation by standing-up and opposing the Islamist establishment, which claims to speak on behalf of all those of Muslim faith.

Part of the problem, Jasser said, is that these establishments have created a monolithic interpretation of Islam that is dominating mosques even in the West.

“The texts, the publishing companies, the interpretations, and translations of the Qur’an and versions of the Ḥadīth, which is the stories of the prophet, are really monolithic. They come from either Saudi Arabia’s theocracy or Al-Azhar University in Cairo, or the Khomeini in Iran, so that simple establishment is the problem,” he said.

“As an American, we talk about President Trump fighting the establishment, which is the swamp. If you use the same analogy in the Islamic world, the clerics, the imams, the governments are all this establishment which is a power structure that controls, through billions of what I call Petro-Islams spread around the world, has created a very monolithic interpretation of Islam.”

Jasser has met many Muslims who have a high moral standard and even reject some of the theocracy but unfortunately, they have remained silent while those with a radical interpretation of Islam have moved into positions of authority.

In his view, Jasser said the first step to minimizing the threat of radical Islam is to separate mosques from state administration—that is “the belief that we as Muslims reject any Islamic state identity or Islamic flags, and reject the Sharia state.”

This is because “a radical Muslim is somebody who believes that not only does he have a faith but it’s enforced coercively through whatever means necessary to others,” Jasser said. “Through the exploitation of government law through the institutionalisation of Sharia … ultimately it is not a choice not live in freedom but rather to establish an Islamic state or a caliphate, which is a combination of Islamic states.”

The antidote to this is to “develop a new Sharia,” he said, “a new Islamic interpretation of law that’s in the 21st Century.

“That new school of thought is going to have to be done by imams that are schooled in Sharia but that can’t happen overnight.”

Jasser said that just as Muslims had taken on Bid’ahs or inventions, like science and new computer technology, he believes the Islamic world can also take on new political science to reform Sharia law.

“The question is not what Muhammad did in the 7th century but what would he do today if he were alive today, and I believe he would reject any armed jihad and he would reject Islamic militaries and Islamic states,” he said.

With counter-terrorism strategies and responses a live issue in Australia, Jasser said he was looking forward to building “meaningful, long lasting dialog” through “hard to have” public conversations with Muslim and non-Muslim academics and community leaders.

“It is imperative that we fight for western values with the same intensity that Islamists fight to establish a global caliphate.”

“Just as the American revolution … understood in the bible, ‘Render to Caesar the things that are Caesar’s; and to God the things that are God’s,’ we in Islam need to begin to marginalize our clerical leadership into just the mosques and into the universities, and begin to take back our public square,” Jasser said.