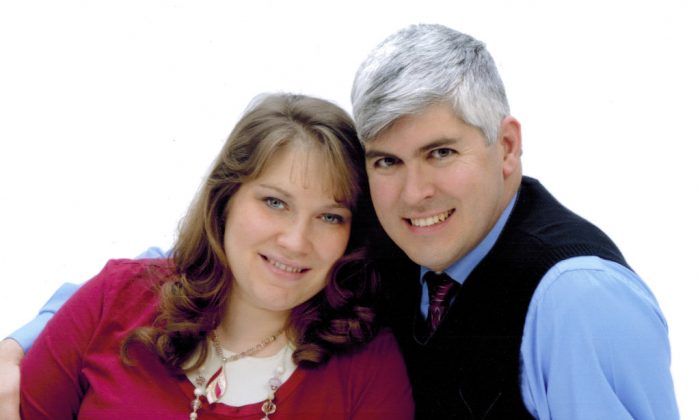 This is an undated photo of Charles Wesco and his wife Stephanie. Wesco, an American missionary, died after being shot in the head amid fighting between armed separatists and soldiers in northwestern Cameroon, on Oct. 30, 2018. (Don Williams via AP)
US News

An American missionary was shot and killed in Cameroon, West Africa, in an attack his family believes was “targeted,” amid armed conflict between separatists and soldiers in the country.

Charles Truman Wesco was shot on Oct. 30 while in a car. Two bullets went through the windshield and struck his head. He was rushed to a local hospital but was declared dead soon after arriving.

Wesco’s brother, Rep. Timothy Wesco (R-Ind.), told ABC News the attack appeared to have been targeted, and that it was “quite probable he was targeted because he was a white, English-speaking American.”

Wesco, his wife, and eight children had been in Cameroon in the northwest city of Bamenda for just 12 days before Wesco died. The family was originally from Warsaw, Indiana.

Wesco and his wife Stephanie had wanted to continue their missionary work in Africa and decided to permanently settle in Cameroon after a visit there in 2015, his brother told ABC News.

As of Oct. 30, Stephanie and the children were still in Cameroon. Wesco told ABC News that the family hopes to get them out soon.

Armed separatists have been fighting with the military in efforts to create an independent state in Bamenda, an English-speaking area, in largely French-speaking Cameroon.

While Timothy says the attack may have been targeted, State Department spokesman Robert Palladino said on Oct. 31 that, based on information from senior Cameroonian officials, “we believe the victim was caught in crossfire,” The Associated Press reported.

Palladino said that Wesco’s death “occurred in the midst of the Anglophone crisis.” The violence began after the government clamped down on English-speaking teachers and lawyers protesting what they called their marginalization by Cameroon’s French-speaking majority.

“We call on both sides to view the tragic death of this American citizen to put an immediate stop to violence and to allow unhindered access to humanitarian aid workers and health care providers,” he added.

The military killed at least four suspects in Wesco’s death and arrested many others, military spokesman Col. Didier Badjeck told AP on Oct. 30. He did not specify if the people detained were military personnel or separatists.

Wesco and his wife had been aware that Cameroon was not safe. In a newsletter for September and October on the couple’s website, they had written about a curfew where “English section civilians are not allowed to safely leave their homes or operate their businesses without risking loss or death.”

The U.S. Embassy in Cameroon has been warning Americans for some time against traveling to areas of unrest in the country, where violence has escalated and hundreds have been killed in the fighting between separatists and soldiers. According to the International Crisis Group, at least 400 civilians have been killed since separatists declared independence in October 2017.

Wesco was not the first foreigner to be killed in Cameroon. According to AP, several deaths have occurred in Cameroon’s southwest regions this year: a Ghanaian pastor was found dead with bullet wounds in July; a Tunisian and his coworker were killed in March; and two foreign road construction engineers were killed by armed gangs in April.