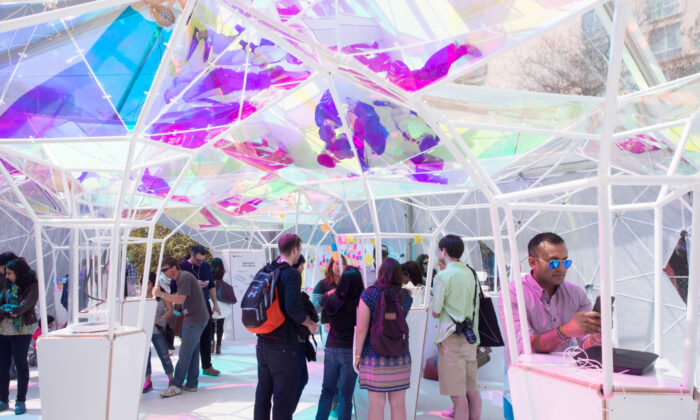 Certain dates should live in infamy. One is March 7, 2020. That is the date that the Austin, Texas, Mayor, Steve Adler, acting on his own at least in public, canceled the in-person conference South by Southwest (possibly attracting as many as a quarter million people) that was set to begin in the city five days later.

There were zero cases in Austin at the time. Later, he along with most mayors and governors, imposed stay-at-home orders, imposed curfews, and eventually shut bars and restaurants.

The cancellation did not stop the virus from coming to Austin. In November, while Adler was ordering citizens to stay home and stay safe, and Austin was by then flooded with cases, he and 20 friends boarded a private plane to Cabo San Lucas in Baja, California, and had a glorious time. He even made a video while vacationing that brazenly ordered citizens to do what he was not doing.

In early November, as health officials warned of an impending COVID-19 spike, Austin Mayor Steve Adler hosted an outdoor wedding and reception with 20 guests for his daughter at a trendy hotel near downtown.

The next morning, Adler and seven other wedding attendees boarded a private jet bound for Cabo San Lucas, Mexico, where they vacationed for a week at a family timeshare.

One night into the trip, Adler addressed Austin residents in a Facebook video: “We need to stay home if you can. This is not the time to relax. We are going to be looking really closely. … We may have to close things down if we are not careful.”

Once found out, he apologized for misjudgement.

So far as I know, this was the first instance of American lockdown. Thus began the executive decision making, the compulsion, the unscientific overreaction, the hypocrisy, and the age of calamity in which we’ve lived for two years.

On that day, I had expected massive protests from all tech companies, artists, the hospitality industry, and airlines. I figured that left, right, and center would all unite and decry this decision as a flat-out violation of American liberties and property rights. We are not China. We have a Bill of Rights. Instead, there was near silence. I simply could not believe it.

At the time, I wrote: “Based on the Austin, Texas, precedent, any mayor of any town in America can right now declare a state of emergency, cancel events, shut malls, and close parks. Who is to stop them from shuttering stores, restaurants, schools, and churches, and quarantining whole neighborhoods?”

Below I reprint the column I wrote on March 8, 2020. The reaction to my column was floods of outrage that I could have imagined this conference going ahead in the midst of a dangerous pandemic. We know now that 1) the demographics of danger did not affect what would have been the typical attendee of the event, 2) the presence of international travel made no difference since the virus was here anyway, and 3) such cancellations at best only delayed the time at which endemicity would have arrived due to exposure and recovery. I maintain to this day that the conference should have gone ahead.

The following year, the conference took place entirely online, which is to say that it did not really take place at all.

Here is my original column as written:

Imagine if you are the organizer of a major arts and tech event that attracts a quarter-million attendees. One week out from the conference, the mayor cancels your event. Your event is not named specifically, just that all events involving more than 2,500 people are officially banned. He does this using emergency powers, justified in the name of containing a virus.

And that’s it. This is what happened to South by Southwest, one of the most important events in the world in Austin, Texas, which has thus far not reported a single case of COVID-19. Based on last year’s numbers, It’s the end for:

Local merchants are devastated. All hotel and flight reservations are lost. Countless contracts have been voided by executive fiat. It’s a financial calamity for the city (last year brought half a billion dollars for local merchants) and for untold millions of people affected by the abrupt decision.

Draconian, to say the least.

Making matters worse, a vicious and completely false report published by Variety said that the festival was aching for the city to make the call so that the festival could collect insurance money. This turns out to be entirely wrong: South by Southwest had no insurance against infectious disease. It was a smear and response to mass frenzy. After all, a petition on Change.org signed by 55,000 people had demanded the cancellation.

The city acquiesced to the mob. A grand and glorious conference was destroyed—the first of many this season.

Italy now has 16 million people under quarantine, which is to say that they are prisoners.

Anyone living in Lombardy and 14 other central and northern provinces will need special permission to travel. Milan and Venice are both affected. Prime Minister Giuseppe Conte also announced the closure of schools, gyms, museums, nightclubs and other venues across the whole country. The measures, the most radical taken outside China, will last until 3 April.

Americans have been quarantined on cruise ships and then forced to pay for their later hospitalization. The government that quarantines you has zero intention to pay the costs associated with your care, to say nothing of the opportunity costs of missing work.

The press isn’t helping. The New York Times has cheered it all on, aggressively advocating that governments go Medieval on this one.

In six months, if we are in a recession, unemployment is up, financial markets are wrecked, and people are locked in their homes, we’ll wonder why the heck governments chose disease “containment” over disease mitigation. Then the conspiracy theorists get to work.

The containment strategy was never debated or discussed. For the first time in modern history, governments of the world have taken it upon themselves to control population flows in the hopes of stemming the spread of this disease—regardless of the cost and with scant evidence that this strategy will actually work.

More and more, the containment response is looking like global panic. What’s interesting, Psychology Today points out, is that your doctor is not panicking:

COVID-19 is a new virus in a well-known class of viruses. The coronaviruses are cold viruses. I’ve treated countless patients with coronaviruses over the years. In fact, we’ve been able to test for them on our respiratory panels for the entirety of my career.

We know how cold viruses work: They cause runny noses, sneezing, cough, and fever, and make us feel tired and achy. For almost all of us, they run their course without medication. And in the vulnerable, they can trigger a more severe illness like asthma or pneumonia.

Yes, this virus is different and worse than other coronaviruses, but it still looks very familiar. We know more about it than we don’t know.

Doctors know what to do with respiratory viruses. As a pediatrician, I take care of patients with hundreds of different viruses that behave similarly to this one. We take care of the kids at home and see them if the fever is prolonged, if they get dehydrated, or if they develop breathing difficulty. Then we treat those problems and support the child until they get better.

Meanwhile, the New England Journal of Medicine reports as follows:

On the basis of a case definition requiring a diagnosis of pneumonia, the currently reported case fatality rate is approximately 2 percent. In another article in the Journal, Guan et al. report mortality of 1.4 percent among 1,099 patients with laboratory-confirmed Covid-19; these patients had a wide spectrum of disease severity. If one assumes that the number of asymptomatic or minimally symptomatic cases is several times as high as the number of reported cases, the case fatality rate may be considerably less than 1 percent. This suggests that the overall clinical consequences of Covid-19 may ultimately be more akin to those of a severe seasonal influenza (which has a case fatality rate of approximately 0.1 percent) or a pandemic influenza (similar to those in 1957 and 1968) rather than a disease similar to SARS or MERS, which have had case fatality rates of 9 to 10 percent and 36 percent, respectively.

This all suggests that COVID-19 is a relatively benign disease for most young people, and a potentially devastating one for the old and chronically ill, albeit not nearly as risky as reported. Given the low mortality rate among younger patients with coronavirus—zero in children 10 or younger among hundreds of cases in China, and 0.2-0.4 percent in most healthy nongeriatric adults (and this is still before accounting for what is likely to be a high number of undetected asymptomatic cases)—we need to divert our focus away from worrying about preventing systemic spread among healthy people—which is likely either inevitable, or out of our control—and commit most if not all of our resources toward protecting those truly at risk of developing critical illness and even death: everyone over 70, and people who are already at higher risk from this kind of virus.

Meanwhile, governments are willy-nilly making drastic decisions that profoundly affect the status of human freedom. Their decisions are going to affect our lives in profound ways. And there has thus far been no real debate on this. It’s just been presumed that containment of the spread rather than the care of the sick is the only way forward.

What’s more, we have governments all-too-willing to deploy their awesome powers to control human populations in direct response to mass public pressure based on fears that have so far not been justified by any available evidence.

Based on the Austin, Texas, precedent, any mayor of any town in America can right now declare a state of emergency, cancel events, shut malls, and close parks. Who is to stop them from shuttering stores, restaurants, schools, and churches, and quarantining whole neighborhoods?

For this reason, we have every reason to be concerned.

Are we really ready to imprison the world, wreck financial markets, destroy countless jobs, and massively disrupt life as we know it, all to forestall some uncertain fate, even as medical professionals do know the right way to deal with respiratory illness in general from a medical point of view? It’s at least worth debating.