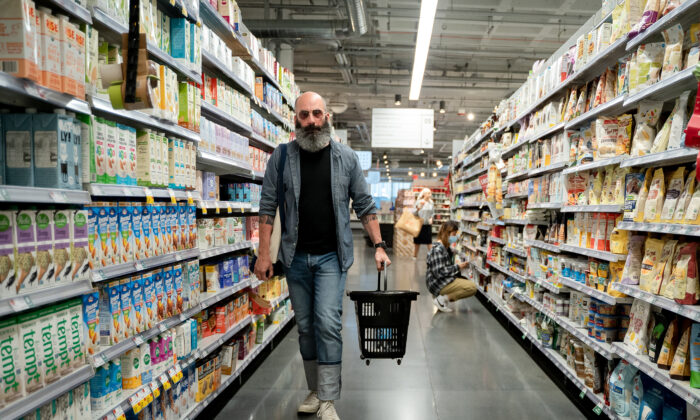 American Loathing of Inflation Is in the Cultural DNA

This morning, I was speaking with a gentleman who lives in New York City. He is highly trained. He has a good job. He is professionally ambitious. But, he says, these days he’s struggling to afford food. After the high expense of rent and transportation, along with all the other strange ways the city comes after your wallet, he can no longer afford restaurants.

Even street food is straining his budget.

So he has started watching YouTube videos on cooking basics, and he’s on a constant lookout for cheap meat and vegetables. Forget going out with friends, and even holding a small house party. It’s no longer affordable. Wine and beer? Forget it. He wonders how much worse it can get. Will he next be foraging for food along highways?

Strange, isn’t it? In our ridiculously prosperous society (at least it felt that way as recently as 2019), we are dealing with food insecurity, even among the professional class. Other lower-income groups are suffering even more. Only the very well-to-do aren’t feeling the pain these days. It’s created a real cultural shock, leading millions to worry about the future.

The inflation of our time has energized and united the American public like no other time since the late 1970s. It’s a constant topic of conversation among strangers. Tales of high prices and their pain brings together parties, classes, races, and every other supposed division in American life. Having to pay vastly more for the same of what you consumed at reasonable prices conveys the feeling of being robbed.

Your labors, earnings, and savings are all diminished.

The Biden administration is doing everything possible to blame everyone and anything but the actual culprits. It’s Russia, they say, or big oil, or profiteering gas merchants, or the virus, or the bad Republicans who won’t grant President Joe Biden totalitarian powers to control prices by force. The White House probably will come up with something else tomorrow and the next day.

The New York Times runs article after article that echoes the same, somehow managing to blame private enterprise and not the government itself, of course. In each article, it offers up every conceivable excuse except that which blames the central bank and congressional spending.

The real issue comes down to the quality of money. What happened, starting in 2020, was a policy at the Federal Reserve to match every dollar spent by Congress with newly printed paper to buy the resulting debt. This paper was dumped into the bank accounts of producers and consumers who initially saved it until the economy reopened and people spent it, revealing dramatic decay in purchasing power that had previously been hidden.

These shenanigans are rather obvious, and the existing occupant of the White House can’t avoid blame. Inflation is a major reason why all the latest polls are showing that he can barely get one-third of the public generally to approve of his presidency. Each day that goes by raises a serious issue of dramatic political realignment, as traditional constituencies shift loyalties and even Democrats say they are despairing.

Even the NY Times has started talking about it.

“President Biden is facing an alarming level of doubt from inside his own party, with 64 percent of Democratic voters saying they would prefer a new standard-bearer in the 2024 presidential campaign, according to a New York Times/Siena College poll, as voters nationwide have soured on his leadership, giving him a meager 33 percent job-approval rating.”

We’ve been here before. The inflation of the late 1970s led to the most dramatic political shift in living memory with the election of Ronald Reagan, who kicked off a long-lasting political era in which deregulation, tax cuts, and curbs in bureaucratic power were the reigning themes. The “commanding heights” of society flipped from government planning toward an approach that emphasized freedom. That was more than 40 years ago.

If we go back to the 1880s—“the Gilded Age”—we discover a time in which the quality of money itself roiled national politics, lifted up some candidates and destroyed others, and led to a complete realignment. The issue concerned whether the nation should only be on a gold standard or whether silver should be added to the list of convertible metals.

The “free silver” movement was dominated by agricultural interests that imagined that the solution to the nation’s economic troubles was more credit expansion. The gold-only movement, dominated by industry and finance, was more conservative, putting a premium on monetary soundness along with market-based values of thrift, enterprise, and savings as the basis of investment and capital formation.

How important was this debate? William Jennings Bryan’s “Cross of Gold” speech was widely considered the most important piece of oratory of the period. It figured highly into the plot of what later became the incredible “Wizard of Oz” movie that launched so many brilliant careers.

The yellow brick road was, of course, a metaphor for the gold standard, and in this telling, it led to the famed man behind the curtain who seemed very powerful but was actually nothing particularly special. The scarecrow represented Midwest farmers, the munchkins were citizens of cities in the Northeast, and the slippers in the book written by silver-partisan L. Frank Baum in the original 1900 book weren’t ruby but silver, which turned out to be the ticket home.

Going back further in time, the inflation of the Revolutionary War period destroyed the Continental currency, instilling in an entire generation and many more a profound fear of inflation and hence the gold clauses in the U.S. Constitution. Later, the same happened to the Confederate currency. When governments inflate the currency to finance wars—on the British, the Union, or on a germ—they resort to policies that wreck the currency and discredit the regime, leading to a long history of political upheaval.

The current mess will certainly lead to some dramatic political change in the near term and maybe in the long term, too. Loathing of inflation is in the American DNA. Any party that resorts to it for short-term benefit doesn’t fare well at the polls. Biden’s attempt to blame everyone but the real culprit is harming him. Certainly, his latest flirtation with the legal equivalent of price controls is a disaster in waiting.

Back to my friend in New York. The World Economic Forum might suggest to him that he simply learn to cook and eat bugs, while Bill Gates is suggesting lab-created meat of a quality that will surely be similar to the operating systems he created or the vaccines he wanted the whole world to accept.

But for most people, we don’t want to eat bugs or have our bodily autonomy violated, and we are done trusting these experts to manage our lives. If they can’t protect the quality of money from being destroyed, why should they be trusted with the management of anything else?