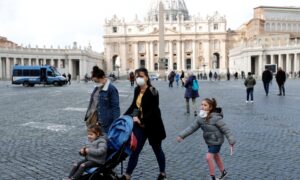 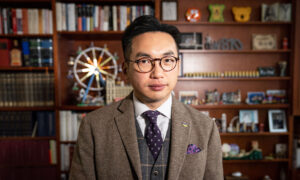 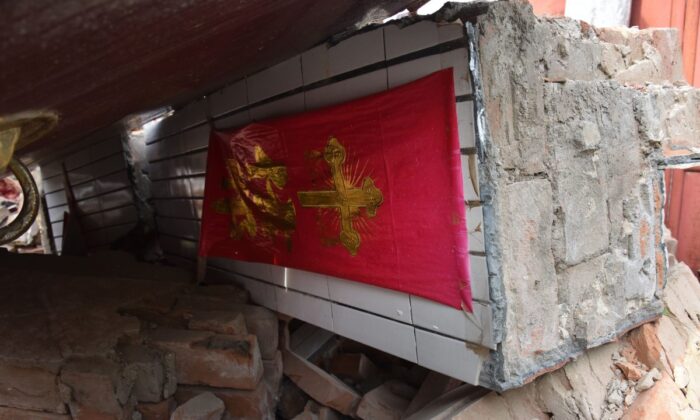 The pillar of a demolished Catholic church is seen in Puyang, in China's central Henan Province on Aug. 13, 2018. The church was demolished after the congregation refused to donate the building to the county government. (Greg Baker/AFP/Getty Images)
US News

American Lawyer Takes on Chinese Regime and the Catholic Church

A lawyer who has spent her career working for the welfare of missing and trafficked children has now turned her efforts to protecting the religious rights of children in China.

On June 2, Liz Yore filed three submissions to the United Nations special rapporteur (SR) on freedom of belief and religion. The first details religious rights abuses of Chinese children, while the second outlines the imprisonment by the Chinese Communist Party (CCP) of two Catholic bishops, one of whom has been detained for 25 years, whose whereabouts are unknown.

The third, says Yore, alerts the SR to a September 2018 agreement between the Vatican and China, in which the Vatican “whether wittingly or not … aided and abetted a China campaign to wipe religion off the map of China.”

Special rapporteurs are independent, unpaid human rights experts appointed by the U.N. Human Rights Council. Among other mandates, they investigate and assess complaints of a wide range of human rights abuses and violations, including those affecting religious freedom.

While China made itself a signatory to the U.N. Convention on the Rights of the Child (UNCRC) in 1992, the CCP has nonetheless enacted laws to prohibit any child or teenager under 18 from attending or participating in religious services of any faith, even those most closely identified with Asia, Yore pointed out.

“The revised religious regulations … inhibit children under the age of 18 from participating in religious activities and religious education,” the State Department’s 2019 Report on International Religious Freedom: China states.

“The law mandates the teaching of atheism in schools, and a CCP directive provides guidance to universities on how to prevent foreign proselytizing of university students,” it states.

As underscored by Yore’s submission to the SR, Article 14 of the UNCRC specifically addresses children’s religious rights.

“Parties,” it states, “shall respect the right of the child to freedom of thought, conscience, and religion.”

Article 14 also enshrines “the rights and duties of the parents” to “provide direction to the child in the exercise of his or her right” to those freedoms.

There is a caveat in the convention, however.

“Freedom to manifest one’s religion or beliefs may be subject only to such limitations as are prescribed by law and are necessary to protect public safety, order, health or morals, or the fundamental rights and freedoms of others.”

The CCP often uses such loopholes to justify that its repression of any kind of human right is for ‘’public safety,” which it brings under the rubric of “national security” or “stability.”

However, Article 14 isn’t the only clause of the UNCRC that addresses the rights of a child in matters of the non-secular. The convention also protects the spiritual rights of children, in four subsequent articles.

For the spiritual well-being and development of children, signatories must “ensure that the child has access to information and material from a diversity of national and international sources.”

In another clause, the rights of disabled children, including their “spiritual development,” are enshrined in the UNCRC. And Article 27 recognizes “the right of every child to a standard of living adequate for the child’s physical, mental, spiritual, moral and social development.”

Finally, Article 32 “recognizes the right of the child to be protected from economic exploitation and from performing any work that is likely to be hazardous or to interfere with the child’s education, or to be harmful to the child’s health or physical, mental, spiritual, moral or social development.”

Despite these promises, however, as a result of China’s new law, “300 million Chinese children are not allowed to darken the doors” of a house of worship, Yore said.

This “is the ending of religious practice in China for a generation.”

“Those voices are not going to be heard in China,” Yore said.

The Vatican, China, and Bishops

Yore is also concerned with the state of religion in China as a whole.

As a Catholic, Yore is particularly appalled by the September 2018 agreement signed by the Vatican and China, the first public agreement between the two since the CCP took over China in 1949.

Yore said that “the agreement is a catastrophe not only for the Catholics but for all religions.”

The agreement, although its exact details have been kept secret, Yore said, allows the CCP to select bishops for the church in China, although Pope Francis has said in separate reports that the ultimate decision will be his.

Most controversially, reports say that the Vatican will accept as legitimate seven Chinese bishops who were ordained by the Chinese regime’s official Catholic Patriotic Association, and who thus have been considered, until now, as “illegitimate” bishops.

Yore said that religious rights across the board in China have now been compromised. China can now “throw in everybody’s face that the Pope has agreed to sit down and negotiate with them.”

Pope Francis has “thrown the church under the bus,” she said.

Meanwhile, the fates of Bishops Su Zhimin and Cui Tai, both of whom have steadfastly refused to renounce Rome and accept the CCP Catholic Church, are in question. Some believe that Su may no longer be alive, while Cui was “taken away by police” on June 19, after having been released in January, according to Asia News.

Church members within his diocese say his whereabouts are unknown.

Yore says Cardinal Joseph Zen of Hong Kong “was pleading with the Pope not to sign this agreement, and was trying to educate the pope about the CCP”; he flew from Hong Kong to Rome without an appointment to see if he could persuade the pope” not to go forward with the agreement.

The agreement has been criticized “almost in unison” by human rights NGOs such as Amnesty International, Human Rights Watch, and Open Doors, as well as by the U.S. Commission on International Religious Freedom, Yore says.

“They have been pleading with the Vatican to disclose the terms,” she said, but “recently we have been hearing that [the Vatican and China] will renegotiate the agreement, which comes up for renewal in September 2020.

Background of an Activist

Yore formerly worked for the National Center for Missing and Exploited Children, as well as “Oprah Winfrey’s Child Advocate, both with the Oprah Winfrey Show and in South Africa at the Oprah Winfrey Leadership Academy for Girls,” according to Yore’s website biography.

“When I think of the hundreds and thousands of priests and clergy who were put in jail, how can I remain silent?” she says about her motivation.

“I have an obligation to push what legal remedies are out there. I have worked long enough in this field to see miracles happen, to see justice, and to see the impossible become the possible,” she noted, when asked about the likelihood that her U.N. submissions will bear fruit.

“I’ve been involved in children’s issues all my life. I follow my gut,” she said.

“Why aren’t we putting all of these faces of people who are going missing up there?” Yore said about those who disappear in China for practicing their religion. “I don’t know if there’s even a list up in the Vatican.

“We should be doing this as a way to keep these cases fresh, and to keep the heat on the CCP. All the Uyghurs … why don’t we have their pictures? This seems to me this is something China would hate. Why aren’t we promoting it? People are going missing and there are a million in the camps—let’s track them, let’s demand their release,” Yore said.

“I hope these [special rapporteur] submissions give hope to people in China.”