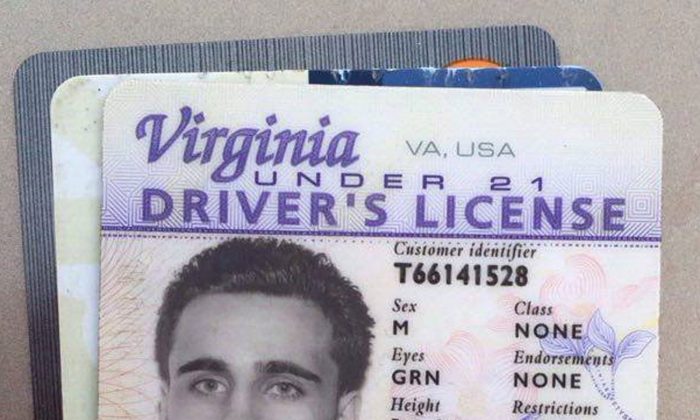 FILE - This photo posted online by PUK shows the Virginia driver's license found on a man who turned himself in to Kurdish forces in northern Iraq on Monday, March 14, 2016. The American Islamic State group fighter who handed himself over to Kurdish forces in Iraq’s north earlier this week says he made “a bad decision” joining IS and traveling to Mosul, according to a heavily edited interview he gave to an Iraqi Kurdish television station that aired late Thursday night, March 17, 2016. (PUK Media via AP, File)
US

American IS Fighter: I Made a Bad Decision

IRBIL, Iraq— The American Islamic State group fighter who handed himself over to Kurdish forces in Iraq’s north earlier this week said he made “a bad decision” joining IS, according to a heavily edited interview he gave to an Iraqi Kurdish television station that aired late Thursday night.

Mohamad Jamal Khweis, 26, from Alexandria, Virginia detailed his weeks-long journey from the United States to London, Amsterdam, Turkey, through Syria and finally to the IS-controlled Iraqi city of Mosul, where he was moved into a house with dozens of other foreign fighters.

Khweis said he met an Iraqi woman with ties to IS in Turkey who arranged his travel into Syria and then across to Mosul. There Khweis said he began more than a month of intensive Islamic studies and it was then he decided to try and flee.

“I didn’t agree with their ideology,” he said, explaining why he decided to escape a few weeks after arriving. “I made a bad decision to go with the girl and go to Mosul.”

Khweis said a friend helped him escape Mosul to nearby Tal Afar. From there he said he walked toward Kurdish troops. “I wanted to go to the Kurdish side,” he said, “because I know they are good with the Americans.”

The surrender took place on the front lines near the town of Sinjar, which was retaken by Iraqi forces from IS militants late last year. In the past year IS fighters have lost large amounts of territory in Syria and Iraq. Khweis is currently being held by Kurdish forces for interrogation.

Though such defections are rare, Syrian Kurdish fighters battling IS have told The Associated Press that they are seeing an increase in the number of IS members surrendering following recent territorial losses. As the militants lose territory, U.S. officials predict there will be more desertions.

“I wasn’t thinking straight,” Khweis said. “My message to the American people is that the life in Mosul is really, really bad,” he said, adding that he doesn’t believe the Islamic State group accurately represents Islam.

The United Nations estimated that around 30,000 so-called foreign fighters from 100 countries are actively working with the Islamic State group, al-Qaida or other extremist groups. An earlier estimate by the International Center for the Study of Radicalization, a think tank at King’s College London, said IS fighters include 3,300 Western Europeans and 100 or so Americans.