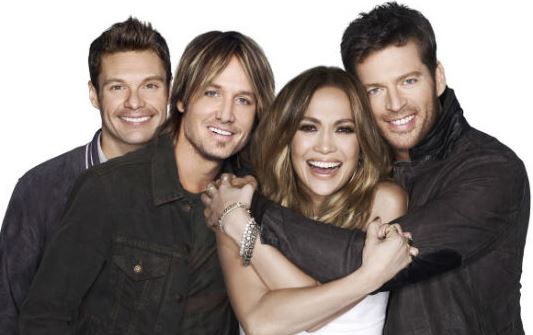 Ryan Seacrest and the three judges are all expected back for the upcoming season 14 of American Idol. (Fox)
Entertainment

American Idol has been renewed for a season 14, although there are some changes coming to the show.

Because ratings keep falling, Fox is looking to retool the show to scale back the cost.

A major change is that it will only air one night a week next season.

The show usually airs about 60 hours a season but that will be cut down to 37 hours, Fox Entertainment Chairman Kevin Reilly recently revealed in the network’s upfront presentation to advertisers.

“I don’t think it’s a matter of turning around,” Reilly said, reported Hitfix.

“I think it’s about being a vital show… ‘Idol’ is not gonna come back to being the ratings champion it once was, but what we believe is the show can be on the air for many years to come and will be a potent time period contender and a top-rated unscripted show that’s a quality show, that people love that we can do business with, in the same way that ‘Survivor’ hasn’t been at the top-ratings for many years and it has vital seasons year after year.”

One thing that won’t change, though, are the host and judges. Ryan Seacrest just signed a deal to return, while current judges Jennifer Lopez, Keith Urban and Harry Connick Jr. are in different stages of negotiations and are all likely to come back, reported Deadline.

Reilly said that official confirmation of the judges hasn’t happened yet but called the return of all three “likely.”

As for a premiere date, none has been announced. But every season after season 1 has premiered in mid-January. If the show stays on Tuesday or Wednesday nights (as it’s pared down from two nights a weeks to one night a week), then it will likely premiere on January 13, January 14, January 20, or January 21 in 2015.