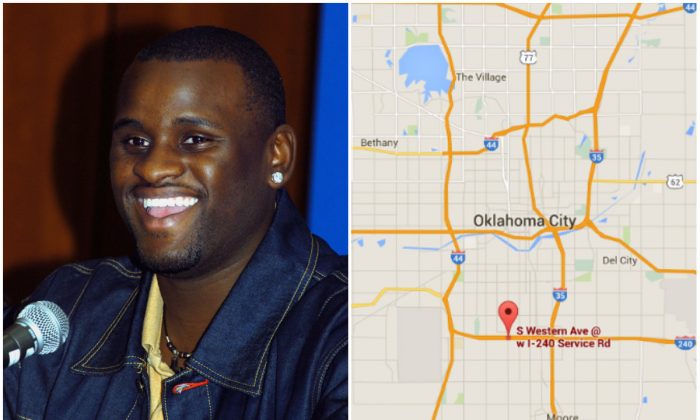 “American Idol” finalist Rickey Smith died in a car accident on Friday when a truck driving wrong way struck him head on.

The crash happened on I-240 near Western in S. Oklahoma City, news9.com reported.

The truck driver, Gerardo Cerda Jr., 27, of Oklahoma City, survived. After being treated at a hospital, he was placed in custody in Oklahoma County Jail for driving under influence.

Smith finished 8th on the second season of “American Idol.”

“Music is something that I love to do,” he said in his goodbye video on the show. “This is just like the dream come true and I just want to make sure that nothing holds me back and I do the best that I can.”