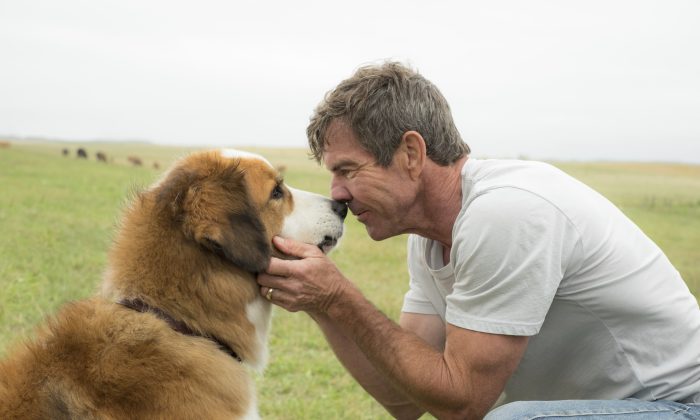 LOS ANGELES—The organization that ensures animal safety in film and television productions said Wednesday it is investigating whether a frightened dog was forced into churning water during the making of “A Dog’s Purpose.”

American Humane has also suspended its safety representative who worked on the film and is hiring an independent investigator to explore the matter, said Mark Stubis, a spokesman for the organization.

The film’s producer, Amblin Entertainment, and distributor, Universal Pictures, said in a joint statement that they are reviewing the footage, but they are confident that “great care and concern was shown” for the dog, a German Shepherd named Hercules.

“There were several days of rehearsal of the water scenes to ensure Hercules was comfortable with all of the stunts,” the statement said. “On the day of the shoot,

Footage from @TMZ shows terrified dog seemingly forced into rushing water on #ADogsPurpose set. RT to show everyone why they should boycott! pic.twitter.com/is2ug0t3Aq

People for the Ethical Treatment of Animals said in a Twitter post that dog lovers should boycott the film “to send the message that dogs & other animals should be treated humanely, not as props.”

Actor Josh Gad, who lends his voice to a dog in the film, issued a statement on Twitter saying he has asked the studio and production team for an explanation of what he calls “disturbing images.”

He said that while the finished film is “one of the most beautiful love letters to animals I have ever seen,” he was troubled by the video.

“I am shaken and sad to see any animal put in a situation against its will,” Gad wrote. A publicist for the actor confirmed the post was authentic.