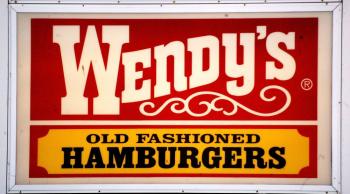 By the end of 2009, 71 of the outlets will close down in Japan, the company said. The majority of the stores were located around Tokyo.

Wendy’s, originally named after the daughter of founder Dave Thomas, entered Japan as a burger chain in 1980 under an agreement with supermarket operator Daiei Inc. Zensho took over the franchise agreement in 2002.

Famous for its square burgers, the closing of Wendy’s was unexpected. Newsweek columnist Daniel Gross, on a visit to Tokyo this summer, identified American food brands as a bright spot of fondness in a sea of cultural snobbery.

“We will focus our resources on beef bowl restaurants and others,” said a Zensho spokesman who wanted to remain anonymous. “The closure is part of our business plans.” Wendy’s in Japan had generated 6.2 billion yen (US$70 million) in sales in the previous fiscal year to March 2009.

McDonald’s Holdings Co. (Japan) and Kentucky Fried Chicken Japan Ltd. increased sales at stores open at least a year in eight of the past 11 months.

Burger King Holdings Inc., the second-biggest U.S. hamburger chain withdrew from Japan for six years before reopening in 2007 under an agreement with a venture between Lotte Co. and Revamp Corp.

AFP reported that rivals like Burger King and McDonald’s had Wendy’s in the face of major competition. Urging on a struggle within the market, Wendy's Japan had sales of 6.2 billion yen (US$70 million) in the business year ending March 2009.

"Japan is an important market, and we intend to pursue new development opportunities in the country with new franchises or joint venture partners," said Andy Skehan senior vice president, Wendy's/Arby's International in an interview with Reuters.