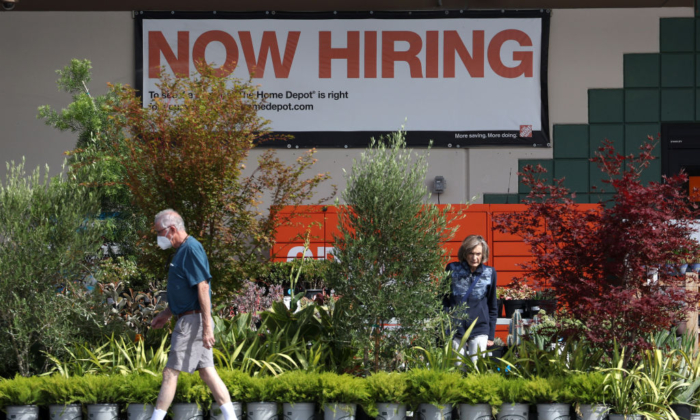 US Corporations Rack Up Multi-Decade Record Profits Amid Rising Inflation

While U.S. citizens have been struggling with rising inflation over the past few months, corporations have reportedly netted record profits during the same period.

Aftertax profits as a share of gross value added for nonfinancial corporations—a measure of aggregate profit margins—rose to 15.5 percent in the second quarter from 14 percent in the first quarter, according to a Bloomberg analysis of a report from the U.S. Bureau of Economic Analysis (BEA). This is the highest level of profit margin for nonfinancial corporations since 1950.

The data are an indication that companies have largely been successful at passing over rising material and labor costs to consumers. While some customers might have cut down on spending due to inflation, some firms have been able to offset such loss of demand by charging customers who continue to buy their products.

“Profits from current production (corporate profits with inventory valuation and capital consumption adjustments) increased $175.2 billion in the second quarter, in contrast to a decrease of $63.8 billion in the first quarter,” the BEA said in a report.

Profits of domestic nonfinancial corporations rose by $173.9 billion in the second quarter, compared to a $4.8 billion decrease in the first quarter.

While companies made high profits during the second quarter, customers faced high inflation rates of 8.3 percent, 8.6 percent, and 9.1 percent in April, May, and June, respectively.

In 2021, corporate pretax profits jumped 25 percent year over year, to $2.81 trillion, the largest annual rise since 1976. After factoring in taxes, corporate profits increased by 37 percent, which is more than any other time since 1948.

Rising profits of companies during the COVID-19 pandemic and inflation have been a hot topic of debate, with some criticizing firms for benefiting while everyday Americans struggle.

In April, a report (pdf) by watchdog Accountable.US found that companies made at least $24.6 billion in increased profits during their most recent fiscal years. An analysis of America’s top 10 retailers including Home Depot, Amazon, and Dollar General over the previous two years showed that these companies collectively netted additional profits of $99 billion.

“And even worse, these same companies increased spending on shareholder handouts by nearly $45 billion year over year for a total of $79.1 billion,” the organization said.

The current earnings season is also seeing a continuation of companies reporting high earnings. More than halfway into the second-quarter reporting period, company earnings are estimated to have risen by 8.1 percent compared to a year ago. This is higher than the 5.6 percent increase estimated in July, according to data from financial market data provider Refinitiv.

On the plus side, higher corporate earnings allow businesses to accommodate demands of higher compensation and benefits by their employees.